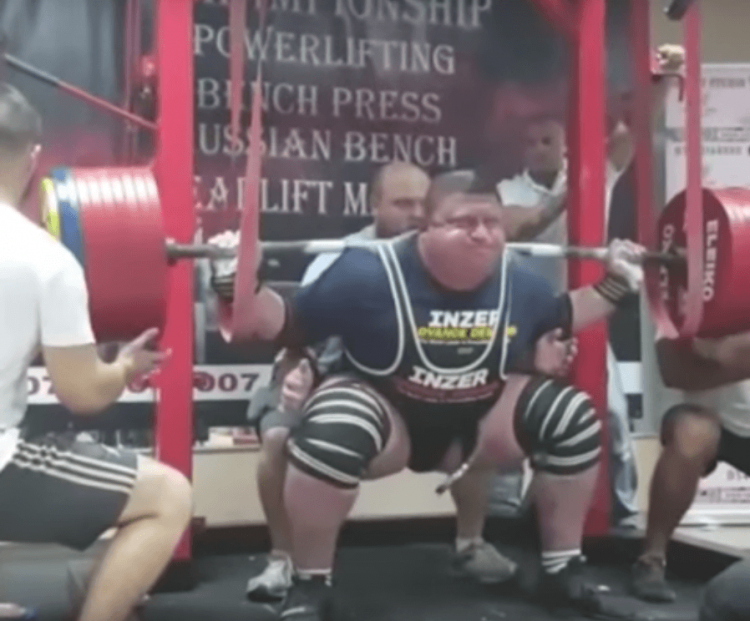 HOLY HELL! I have no idea where to start with this. First off, Alhazov makes this weight look terrifyingly easy. No man should be able to move that much weight without being crushed by its mass. However, Alhazov manages to do just that. 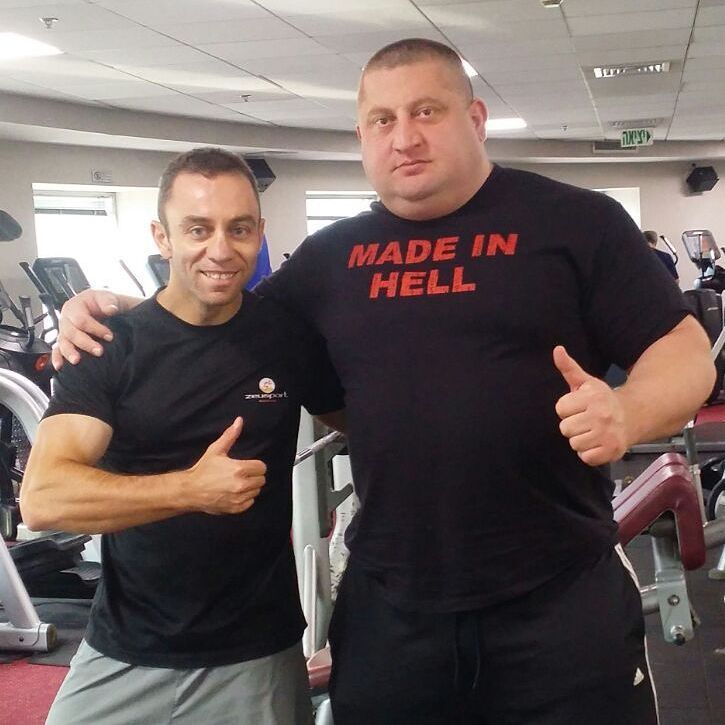 Vlad has been squatting heavy for quite some time now. There are videos from 2007 of him doing 900+ lbs squats. He even holds the world record for the equipped squat at 1250 lbs(yeah, you read that number right), however…his days of squatting small cars were cut short.

You see, one time he was attempting a somewhat heavy squat at the legendary Westside barbell club and well…things didn’t go as planned. He was trying to squat 1300lbs/590kg when his knee caved in under the weight and he had to undergo a knee reconstruction surgery.

As you can correctly assume, such an accident doesn’t really give any wiggle room for having a future in any kind of competitive sport, let alone extreme superheavyweight powerlifting. However, Vlad had other plans for his future and fast forward ten years later he’s one the strongest people on the planet squatting 500kg. Which means, he regularly squats half a ton with an entirely replaced left knee. The answers to your following two questions are; How– I have no idea…rumor has it they put industrial strength hydraulics in his knees when he was under the knife. Why– because he’s crazy and also because he’s Russian. They don’t accept “no” as an answer.

This all brings us to today’s discussion and Vlad Alhazov’s new raw(with knee wraps and a belt) squat record.

Fueled by the sensory shock of the ammonia hit and the awesomeness of Rammstein’s music blasting in the background, Vlad goes in under the bar and picks it up. He picks it up and starts his descent into madness with the weight equivalent of 3 full grown adult lions on his back. After he finishes the squatting part, comes the even harder part of not ripping every damn tendon and muscle in his legs while he gets up with 525 kg on his back.

If he continues lifting this insanely without being the first person to literally tear a limb straight of his body while squatting. He might as well go for a 600kg whith the best squatting equipment money can buy.