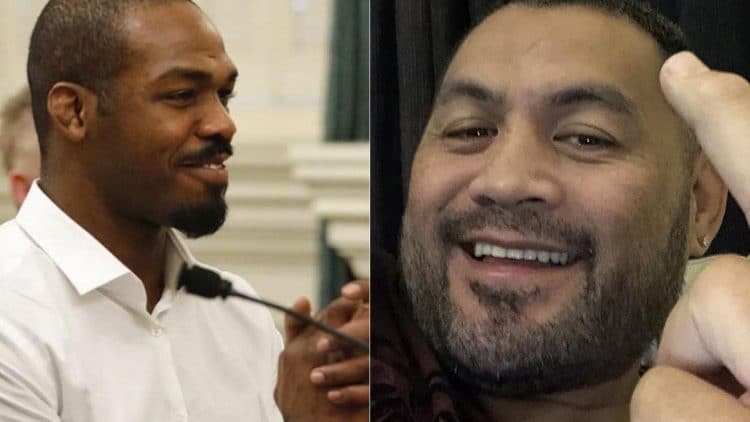 The Nevada State Athletic Commission (NSAC) does not have enough time to investigate this ‘atypical finding’ and didn’t grant Jones a fight license to compete at UFC 232 on December 29. Hence that was the whole reason UFC had to move the fight card to LA.

The California State Athletic Commission will now approve Jones fight license so he can compete this weekend at UFC 232.

Many fighters already weigh in on this situation, and Jones formal rival Daniel Cormier branded him a steroid abuser. After Cormier’s remark, Jones and ‘DC’ got into a heated altercation on social media.

With no surprise, if ‘Super Samoan’ Mark Hunt will remain quiet, as he offered an expletive-laced reaction on this matter. In his recent Instagram post, Hunt ripped UFC, Dana White and Jon Jones.

“?????????? hey everyone let’s move the whole Ufc show in a week for a cheater ???????? promoting and condoning steroids isn’t ok @Ufc @jeffnovitzkyufc @danawhite and @jonnybones your a worthless cheating lil rat ? @alexthemauler don’t bother this loser isn’t on your level this peice of sh*t company has always promoted cheaters and now they moving the show in one week from Vegas to California for money ? they certainly have taken away my love for fighting f*cken scummy theives I hope everyone sues the ass out of u f*ckers fucken trash oh and a merry Christmas to all u f*ckers and a happy steroid new year ?????

“UFC ultimate f*cken cheaters why don’t u jus cut jones pay gustuvsen and leave the show in Vegas all the fans and families who have already paid don’t miss out oh u only care about the PPV merry Christmas ? to everyone who has already paid to go there I hope no one buys your ppv motherf*ckers the least u could do is pay for everyone’s flights to California and accommodation ????????tickets food and everything else u have screwed those there from oh and u can stick my crooked finger in your bum hole for Christmas u poxy lil bitch @danawhite” Hunt wrote on Instagram

Mark Hunt (13-14-1 MMA), who’s quite vocal against PEDs in MMA. After WWE champion and former UFC heavyweight kingpin, Brock Lesnar flunked two tests stemming from their UFC 200 clash ‘Super Samoan’ filed a lawsuit against both UFC and Lesnar while still in contact with the promotion. Now Hunt’s contract with UFC is over, and he isn’t mincing his words in ripping the company.

Hunt recently fought the last fight on his UFC contract earlier this month where he suffered a decision loss to Justin Willis at UFC Adelaide.

UFC 232 now takes place at The Forum in Inglewood, California.