No Result
View All Result
Bellator 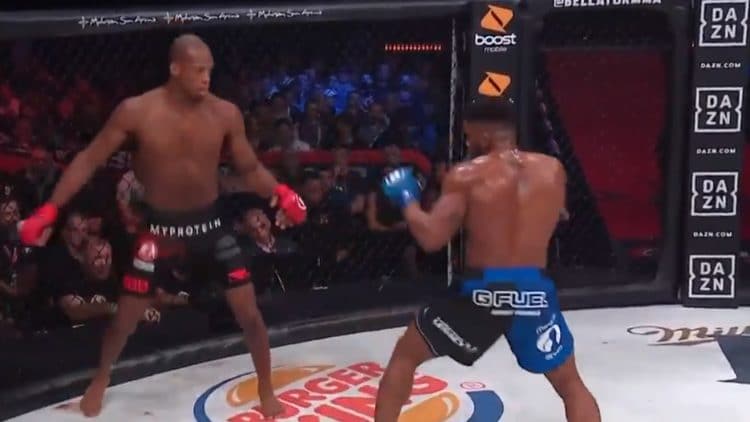 Michael Page met Paul Daley in a highly anticipated grudge match at the main event of Bellator 216 tonight (Friday, February 15, 2019), which was held inside the Mohegan Sun Arena in Uncasville, Connecticut.

Michael Page was a bit better in the first round. But there were not much action. Daley landed only one or two strikes, while Page was more active and showed good cage control.

Paul Daley changed his strategy in the second, as he was taking Page repeatedly down to the ground. Michael Page was even rocked after a big left hook. “The Venom” was probably saved by the bell because Daley was looking to finish the fight in the last moments of this round.

Michael Page was very cautious at the beginning of the third, but Daley somehow took him down and controlled the position again. Daley was landing big fists, but Page slipped away at the end of the round.

Paul Daley survived big right hand at the start of the fourth round and took Michael Page down again. We’ve seen a very good right high kick by Michael Page, which was followed by a very brutal flying knee. Yet, “Semtex” survived this strike like a real gladiator. “Venom” even took his opponent down and landed few strong punches!

Daley took Page early at the beginning of the fifth round, but we’ve seen a superb all-around war. Michael Page was defending well on the ground, then he reversed Daley and landed a few big shots at the end of the match.

Daley takes it to the ground. #Bellator216 pic.twitter.com/aNnycosiME

What are your thoughts on judges’ scorecards? Do you think Michael Page deserved to win?

Roelly Winklaar “Killing it” With Back Workout Weeks From Arnold Classic

C.T. Fletcher Back In Action With Big Ambitions Ahead

The fan favorite undefeated Bellator MMA star Michael "Venom" Page is one of the most famous MMA fighters outside of...