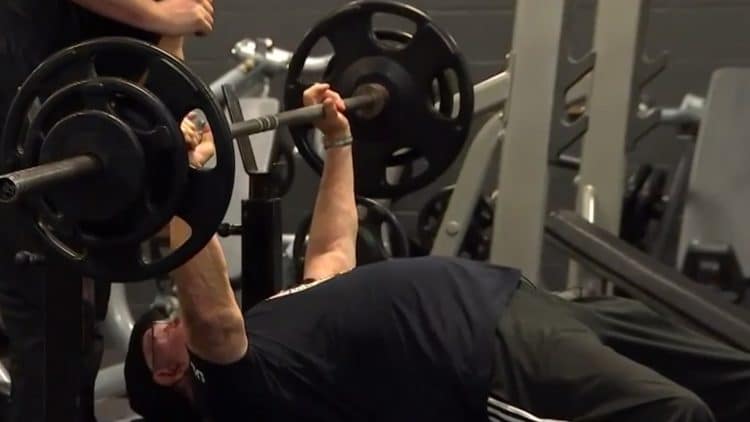 After bench pressing a beastly 220 pounds in 2018 at the World Powerlifting Championships last year, Ted Lindberg is not slowing down anytime soon.

“I feel pretty good about it, but you gotta remember at 87 years old, I don’t have a whole lot of competition,” said Lindberg.

He’s a man on a mission and plans to reach a huge 300-pound bench press by age 87. It’s a long way to go but Lindberg seems to be very determined.

Now, he began weightlifting at 12 before all this fancy gym equipment came about but it didn’t stop him from developing a passion for fitness. Lindberg first set a record 214-pound bench press in Chicago before surpassing this number by 6 pounds not long after.

“I like a challenge and it’s something athletic I can do,” he told Fox news in Eden Prairie, Minnesota where he grew up.

We hope to watch Ted Lindberg break many more records and accomplish his goal of a 300-pound bench press.

He plans to work out for 10 more years at least which would be a superhuman feat!

4 Reasons Why You Should Be Doing Glute Ham Raises