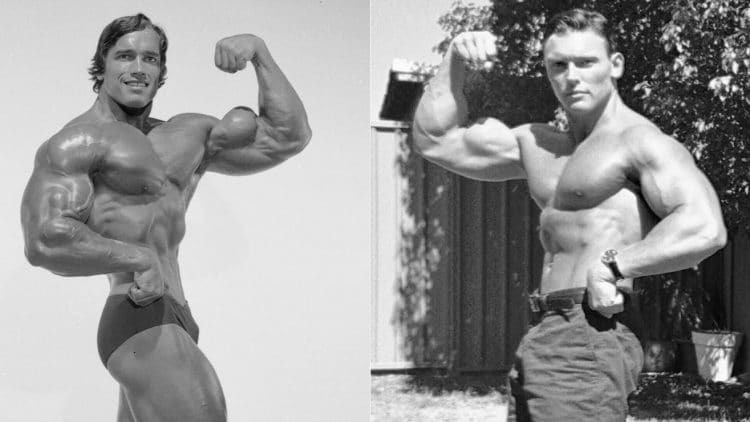 Joel Kellett is probably the closest thing to Arnold Schwarzenegger and it’s quite scary. His physique resembles Schwarzenegger’s in nearly every way with only minor differences but you couldn’t really tell. Now, there are plenty of men who believe they resemble the “Oak” and maybe some do look like him but Mr. Kellett has taken the whole cloning thing to a new level!

He’s definitely jacked like the seven-time Mr. Olympia although slightly smaller, and Arnold seemed to have fuller muscle bellies but… it’s hard to honestly compare anyone to Schwarzenegger due to his unique proportions. Just give the man (Or clone) some credit for his striking resemblance.

Check out his comparison pictures and prepare to be mind blown!

Kellett’s chest and biceps are probably the best muscles to compare to Schwarzenegger’s but if you covered his face, you’d probably guess his body belonged to a young Arnold because every muscle is very close in appearance. Now, if we’re comparing faces, there’s not much in common between the two and this may be the biggest difference along with the triceps and shoulders which also differ slightly because of the muscle attachments.

Do you think his side chest is similar to Arnold’s?

He even poses like Arnold when he competes. He placed 4th in this contest…

Perhaps this is his Terminator impression…

Do you think Joel Kellett could be Arnold’s clone?