Apparently this is nothing new!... 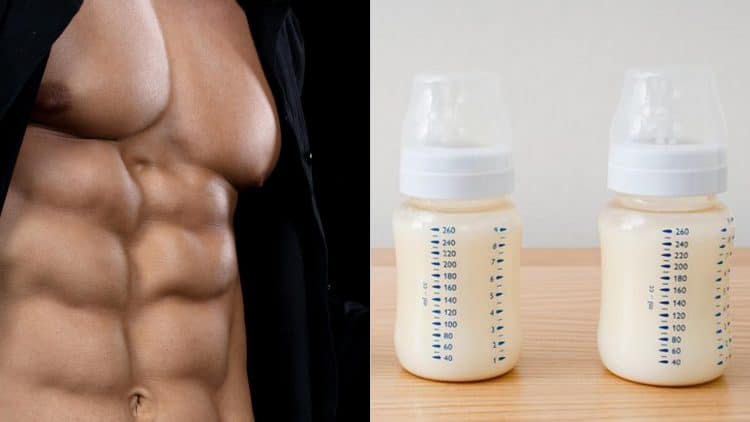 This will probably top the list of most bizarre news stories but make no mistake… it’s true! Fitness athletes like bodybuilders and weightlifter are a new kind of clientele purchasing breast milk online in an effort to make more gains…

And apparently this idea was a few years in the making, as it gained popularity and now, here we are! Mothers who produce an excess of breast milk can now sell their goods online and it’s a win-win situation… or is it? Well, initially this overproduction of breast milk was being sold to mother’s who didn’t have the ability to nurse their baby’s for whatever reason.

But, then came the strange requests from bodybuilders who thought it was a great source of protein and decided to put in an order for themselves so they could try it out!…

In fact, Rafaela Lamprou, 24, gave birth in August 2018 but she couldn’t stop producing milk and told the New York Post she made $6000 selling her breast milk to all kinds of people, including bodybuilders… and you guessed it, men with fetishes too (We saw that one coming). Now, apparently, it’s not good for a nursing mother to let her breast milk build up because it can cause some severe discomfort which is why these mothers have no choice but to keep treating it.

But the problem with bodybuilders buying breast milk online is that the health of the mother dictates the quality of the milk and protein contents. And there are only about 2.5 grams of protein in a cup of breast milk which is nothing for a male bodybuilder and in fact a waste of money.

So it makes you think why a grown male would buy expensive breast milk (Roughly a $1/oz online) to only get a tiny bit of protein… it’s certainly not enough to be a good source and you don’t even know exactly what you’re getting as far as quality is concerned.

It’s strange for sure and a better option would be to buy a tub of protein powder because at least you’ll get a lot more protein in one scoop than a cup of breast milk, plus it’s way cheaper! Perhaps it’s more of a fetish than anything else for the several men interested. But we can’t speak for all bodybuilders.