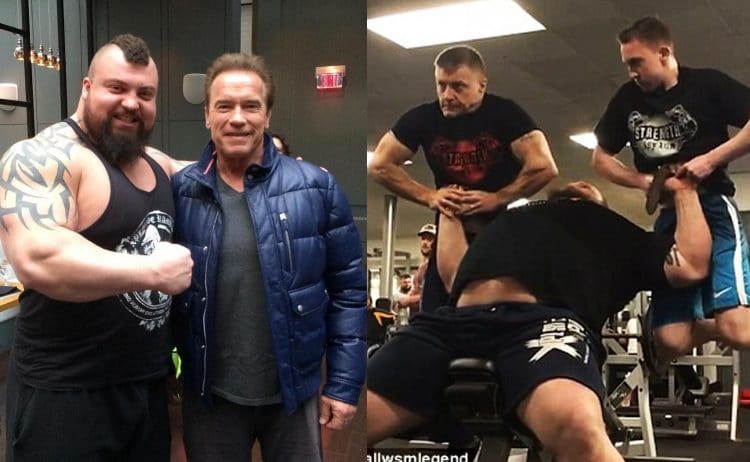 Most of us the ‘normal beings’ use dumbbells or a bar to bench press, but the Britain’s strongman Eddie Hall invented his own brand of dumbbells, Humans!!!!

He is busy using Humans to build his already massive chest.

28-year-old Eddie Hall stunned the world back in July becoming the first man in history to deadlift 500kg at the World Deadlift Championships.

The 500kg deadlift everyone said was impossible.

And now he’s been having fun in the gym with the help of his training partners. The idea of lifting and pressing two full grown men may seem like an absurdity from a superhero film but not for the Hall. 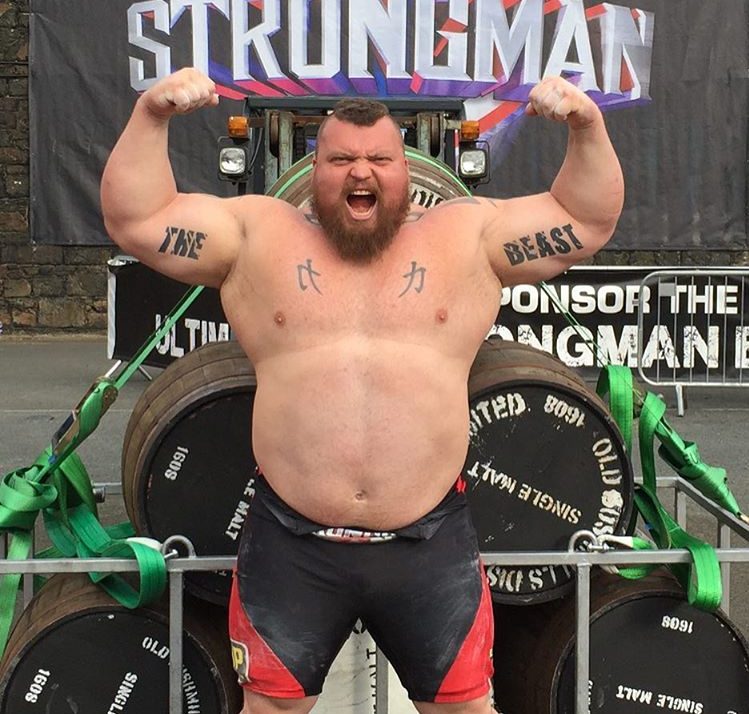 Eddie Hall is a massive 180kg giant burst onto the strongman scene in 2010; he has finished first at every UK or Britain’s Strongest Man competition. Hall can bench press 300kg, squat over 400kg and it’s rumored he once leg pressed 1000kg for 10 reps.

In 2016 he was at the third position in the World’s Strongest Man showdown behind Brian Shaw (the winner) and Game Of Thrones star Hafþór Júlíus Björnsson (second).

Hall posted a video on his Instagram account with the caption: “When the weights are just too far away the other end of the gym I just lift whatever’s near me.”

But this isn’t the first time. Watch another video of Hall on next page…

Watch Jay Cutler Beats 6 People In A Tug Of War