Life and accomplishments of Eddie Hall 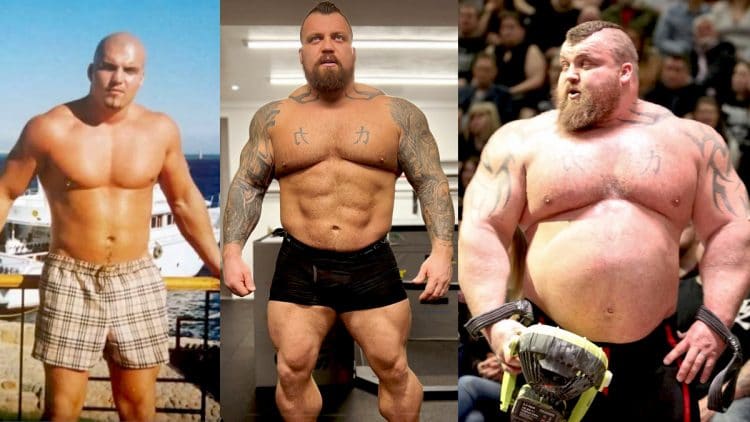 Edward Stephen Hall is a former professional Strongman competitor from the United Kingdom. He won the prestigious World’s Strongest Man title in 2017 and several other major Strongman events. Nicknamed “The Beast,” Hall also holds many world records in various disciplines and is one of the most gifted all-around athletes as a result of his achievements.

This is his complete profile, biography, training regime, diet plan, and more.

He has two older brothers; James and Alex.

Hall grew up in Stoke on Trent which was supposedly a rough area. As a child, he spent most of his time with his nan of which they shared a close bond.

As a teenager and much smaller version of the hulk you see today, Hall was a competitive swimmer. Thanks to his height and God-given ability and love for the sport, the future Strongman legend had success in his early water sport endeavor. He won several gold medals at National Championships, set British records and even had dreams to one day be an Olympic Swimmer. 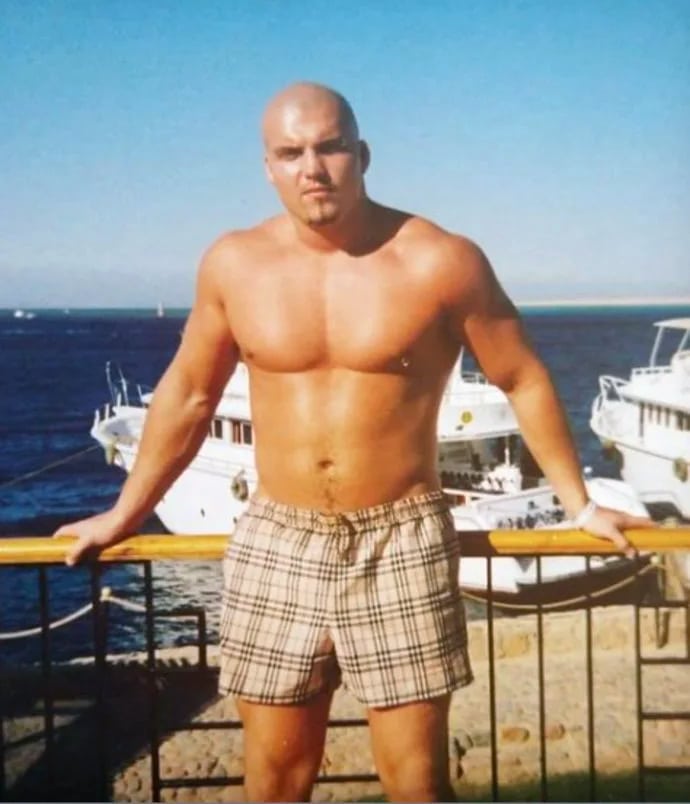 After his Nan was diagnosed with cancer, Eddie experienced a decline in his mental health of which he was prescribed medication to cope with anxiety and depression.

Eddie attended Clayton Hall Academy but was expelled from school at age 15, was kicked off the swimming team and turned to alcohol and drugs.

Inspired by his Hero Arnold Schwarzenegger

Like most young boys during his youth, Eddie was obsessed with the iconic bodybuilder and movie star Arnold Schwarzenegger. While he admired Arnold’s physique, he was also inspired by his story.

“The one thing I learned from Arnold is there’s a big difference between arrogance and confidence. Arrogance is thinking you’re better than everybody else but then confidence is knowing that you’re better than everybody else. But in order to be that confident guy, you’ve got to be arrogant, you got to believe it before you become it and that what Arnold did he believed it before it happened, he’s the master of that.”

During the low point in his life, Eddie found his turnaround point after seeing a poster of his idol and decided he needed to do something about his situation.

“What scares me is being normal”.

Finding The Weights and Starting Strongman

Still in his teen years, the future Strongman champion started to focus on lifting weights with the ambition of becoming a successful bodybuilder. However, at age 19, he determined that his height and build weren’t suitable but realized he was stronger than most and started to train for Strongman.

Well, everything seemed to click and he suddenly found a new talent that he could devote all of his energy to. He even got off the psych medications.

Before his Nan passed away and on her deathbed, Hall promised her he’d win the World’s Strongest Man contest of which he would go on to do in 2017.

Hall became a father at 21 years old to a daughter, Layla, which pushed him even more to want to win the World’s Strongest Man competition.

From ages 21-22, Eddie Hall worked as a truck mechanic and ran his own security company to support his Strongman endeavors. This allowed him to buy lots of food, train, and compete which is not cheap to do.

At 22, he met the love of his life Alexandra who’d play a big role in his journey to becoming a top Strongman athlete.

Eddie Hall is one of the greatest Strongman competitors in history. It’s no secret to anyone who’s familiar with his achievements that “The Beast” is the definition of genetic anomaly.

In 2010, Hall won England’s Strongest Man, his first English title, at the young age of 22.

If that wasn’t impressive enough, he went on to win UK’s Strongest Man at age 23, becoming the youngest person to ever win the event.

He was on a roll at this point and on the fast track to becoming elite status in the sport of Strongman.

From 2012, the former swimmer hopeful started competing at the World’s Strongest Man contest – the most prestigious Strongman event in the world. The winner of this event is the best of the best.

He failed to progress beyond his qualifying group at the 2012 World’s Strongest Man. In 2013, he failed to advance to the final.

In 2014, Hall finished in 6th place, followed by a 4th place result in 2015, 3rd place spot in 2016, and edged out Hafthor Bjornsson of Iceland to win his first and what would be his only World’s Strongest Man title in 2017. The event took place in Botswana, Africa and he dedicated the win to his Nan.

It’s safe to say the UK native is done competing in Strongman or at least any major competitions. While he’s still an ox and trains to be strong, his focus now is tearing off the head of his rival Hafthor “Thor” Bjornsson in their highly anticipated boxing match. So his training now consists of improving his boxing skills and cardio.

That doesn’t mean the training is any less grueling though because combat sports are equally as tough as anything.

Hall still needs to maintain his size and strength to stand a chance against 6’9″ 300+lb Thor which means he has to train hard and heavy.

“The fight is going to be announced very soon. So, we’re roughly seven weeks until the fight, so strength and conditioning is on top of my list. I want to stay big and strong. So yeah, today is going to be a good shoulder hit, a good leg hit, good torso hit, everything really,” Eddie explained during his prep for the bout.

Eddie Hall is taking his upcoming fight with Thor very seriously and is doing everything he can to get the edge of his nemesis.

We’ve included the exercises and workout details from one of his most recent sessions.

For the first exercise, Hall strapped on a weighted belt and started his workout with medicine ball slams. Next he did planks while lifting a 28 kg kettlebell from side to side while it was beneath him. Then Hall did Bulgarian split squats with a safety squat bar with a top set of 110 kilograms (242.5 pounds).

After that, he transitioned to upper body training, starting with standing resistance banded landmine presses. The goal here was to improve punching power which he’ll need against a behemoth like Thor. It also helps to reinforce punching technique and movement. Then it was time for some bench presses of which The Beast hopped on the incline bench and hit a 205 kilograms (452 pounds) triple with a wrist wrap on his right hand only.

Eddie transitioned to the trap bar deadlift working up 190 kilograms (418.9 pounds). Then it was time for some rotational work with a resistance band followed up with medicine ball slams and burpees. Last but not least, Hall did the Iron Neck, a device that helps to strengthen the neck which could be very beneficial when getting punched in the face.

When he competed in Strongman competition, Eddie Hall had to eat for three people to maintain his hulking 300+ lb size and mammoth strength. That meant he needed at least 10,000 calories a day!

While he doesn’t have to eat that much nowadays after leaving the sport and focusing on boxing, we’ve included his Strongman champion diet, plus his more current eating regime that isn’t quite as insane.

Related: Bulking Meal Plan To Fill Out Your Sleeves and Turn Heads

Bowl of porridge and fruit

Eddie Hall and Hafthor Bjornsson have been beefing with each other for a while now and things have gotten pretty personal. This supposedly stemmed from the 2017 World’s Strongest Man where Thor thought he was robbed. Then when Hall said he wouldn’t count Thor’s deadlift world record because it wasn’t done in competition, well, things started to heat up even more.

The upcoming boxing bout was originally set to go down on September 18, 2021 in Jacksonville, Florida. However, Hall suffered an injury that postponed their matchup now scheduled to take place on March 19th, in Dubai.

Both have lost tons of weight as it will benefit them both in the endurance and quickness departments. You can see all of their progress on YouTube and both have made tremendous improvements.

The Beast has achieved some of the most impressive feats in strength sports history. In 2016, Hall became the first person to ever deadlift 500 kg/1102 lbs. His record was broken in 2020 when rival Hafthor Bjornsson deadlifted 501kg/1104 lbs.

Eddie Hall has also held records in the axle press and silver dollar deadlift, and he currently holds the world record in CrossFit WOD Isabel.

Many of his records have been broken but his accomplishments in strength sports are nothing short of insane.

The following details are courtesy of Wikipedia.

Eddie has also pursued an acting career of which he’s landed roles in movies such as Transformers 5 (2017) and Expendables 4 that is scheduled for release in 2022.

As explained earlier, Hall had a daughter at 21 and named her Kayla.

At 24, he married his current wife Alexandra and one month later they had a son, Maximus.

Since last competing, Hall has been involved with the sport making appearances, working as a presenter, and he’s also started businesses. He even started his own show, Eddie Eats America.

Eddie has over 1 million and almost 2 million YouTube subscribers where he shares his boxing training prep, workouts, challenges, and more. He also has 3 million Instagram followers.

He partnered with his childhood hero Arnold Schwarzenegger to bring the Arnold Sports Festival to the UK. Eddie also started filming his first documentary in partnership with Schwarzenegger.

Eddie Hall admits that while he does not suffer from mental health issues like he did during his youth, it hasn’t fully gone away and probably never will. However, he learns to manage it by keeping his mind busy and chasing and achieving goals.

“That’s the secret to mental health, you never cure it, you manage it.”

Eddie Hall is one of the most decorated strength sports athletes in history and has cemented his legendary status in the world of Strongman and athletics.

From an aspiring Olympic swimmer to drugs and alcohol and eventually the World’s Strongest Man champion, The Beast has one of the most inspiring stories. Hall is a multi-talented phenom that continues to show just how impressive he is and things are just getting started.

Now he’s focused on the boxing matchup against Hafthor Bjornsson and we’ll get to see just how good he is at the sport of boxing. It’s going to be one of the most exciting events of this year.