Bodybuilder Blew Out His Arm With Coconut Oil Injections 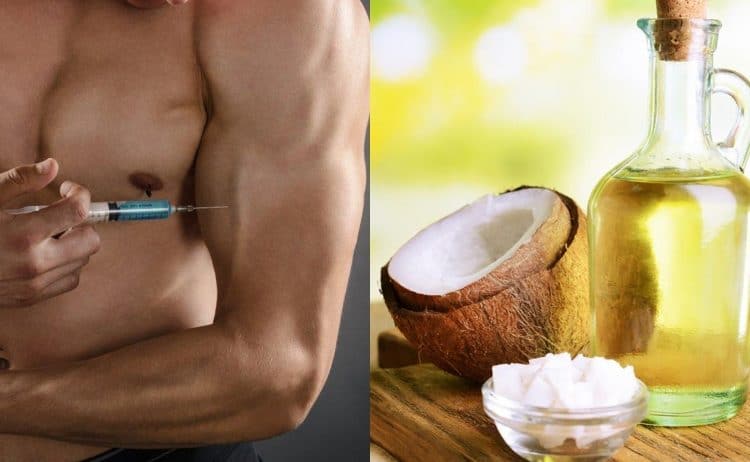 Instead of just lifting weights, an amateur bodybuilder in the UK tried to plump up his arm muscles by injecting them with coconut oil, according to a new report of the case.

Hey, bodybuilders — this is not how you want to get ripped.

A detailed case study reveals how the 25-year-old bodybuilder, who had been bodybuilding for four years was referred to hospital after feeling pain and a loss of function in his right arm, over a period of several months. The case report also reveals he experienced multiple cysts from trying to bulk up by injecting non-prescribed insulin and vitamin B12 into his arms.

Surgery to repair the rupture in his arm was a success.

These practices resulted in a number of adverse reactions, including seizures, infections, and other conditions that required surgery.

It seems steroids are not the only shots bad for your guns. The report reveals that bodybuilders are also shooting Synthol and natural oils, such as walnut, sesame, paraffin, and coconut, which are more affordable than other synthetic compounds used to make muscles more well-defined.

Doctors are warning about the practice among bodybuilders of injecting substances such as coconut oil to enhance their muscle shape. They warned the few cases documented of fitness fanatics injecting natural oils to improve muscle definition are likely just the “tip of the iceberg”.

“We need to be aware of these cases to enable correct clinical diagnoses and also to recognise other self-abusive and potentially life-threatening practices which may be seen in conjunction.”

WATCH: Big Ramy Talks About His Knee Injury and Surgery