Arnold Schwarzenegger: ‘I Throw Up, When I Look in The Mirror.’ 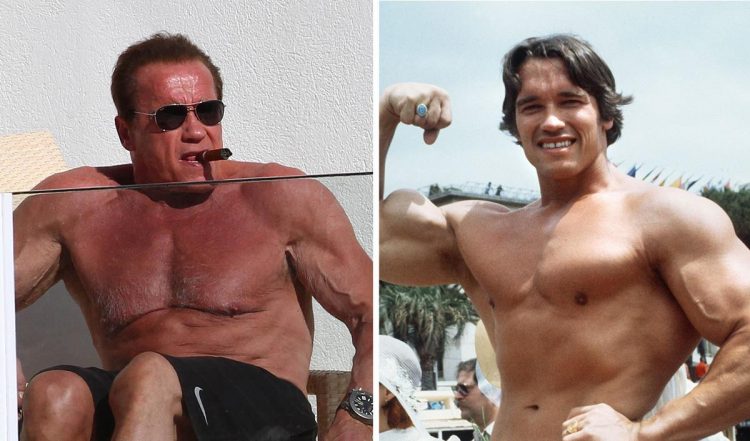 “When I look in the mirror, I throw up,” says Arnold Schwarzenegger, a seven-time winner of bodybuilding title Mr. Olympia, now 69.

He is the man who became rich and popular due to his legendary physique and seemingly inexhaustible well of self-belief. But Schwarzenegger has claimed he has never been happy with his body and that he suffers from a lack of confidence.

“I was already so critical of myself, even when I was in top physical shape,” he reveals in Cigar Aficionado’s February issue. “I’d look in the mirror after I won one Mr. Olympia after another and think, ‘How did this pile of shit win?’ I never saw perfection. There was always something lacking.” 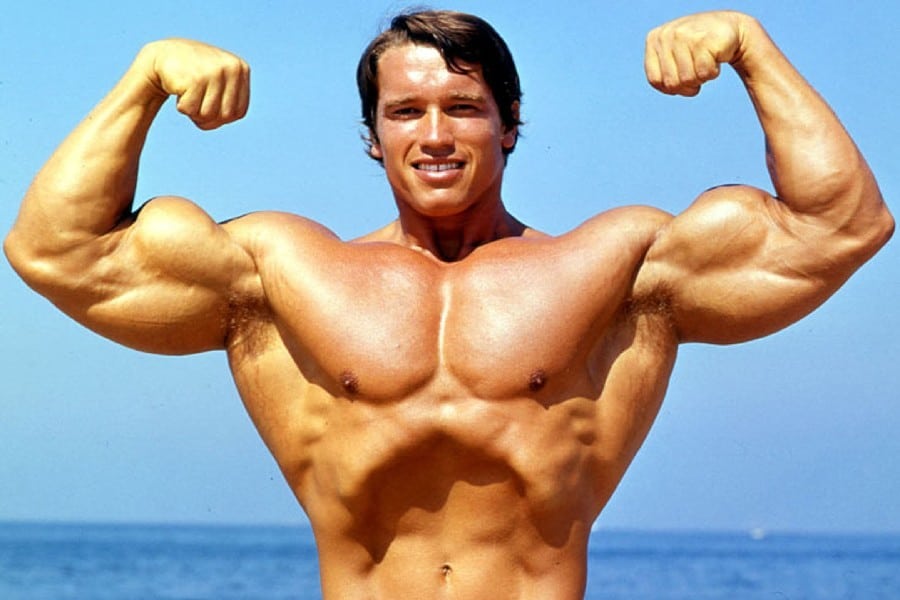 However the new Celebrity Apprentice host credited his troubled mental state with giving him the motivation work so hard in the gym it made him unstoppable as he racked up his then record six Mr. Olympia titles, the most prestigious in bodybuilding.

Arnold said: ‘I do lack confidence, but I do the reps and do them enough that the thing itself will be doable when it’s time.

‘When I was competing in bodybuilding, I did so many hours of reps – on the weights, practicing the poses – that when I got onstage, I was comfortable and confident.

‘The more reps you do, the more you look smooth and convincing. The more you do it, the better you get… That’s how you gain confidence.’

And while many would be happy to at scaling the summit of their field, he continued to show the hunger that would later launch him to super-stardom as an action star and in politics, where he became the Governor Of California from 2003 until 2011.

He said: ‘I never saw perfection. There was always something lacking.

‘I could always find a million things wrong with myself and that’s what got me back into the gym – because I started out with that mentality.’

The action man, who is worth an estimated $300 million, had arguably the most famous body in the world when he starred in a string of hits that included Predator, The Terminator, and Red Heat.

However, it was his turn as a, particularly pumped Conan The Barbarian in the uber-violent 1982 smash hit, which was written and directed by Hollywood maverick John Milius, that established him in Hollywood.

And the Austrian Oak displayed his trademark cockiness, which he would have us believe is an elaborate show, as he tried to the part of Flash Gordon from that film’s producer Dino De Laurentiis, telling him: ‘Why does such a tiny guy like you need such a big desk?’

While his cheek saw him swiftly ushered out of the door, he left such an impression he was later cast as the pulp fantasy character that helped him transition from bodybuilder to actor.

And while he may no be quite the man he was, he said he is still as motivated as ever to galvanize his iron physique.
The health fanatic said: ‘My day cannot start without doing something physically.

‘And I work out at night before bed – cardio, weight training. I want to stay in shape as long as I can.’
And Arnold proved he still does not let things like training injuries slow him down as he was spotted Christmas shopping with his foot brace on in Beverly Hills on Tuesday.