Astonishing Transformation From Petite Housewife To A Musclebound Hunk 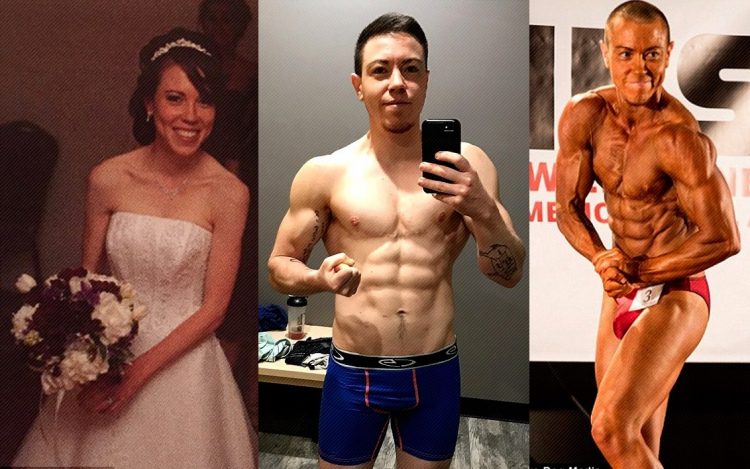 Cody Harman, 30 was racked with fear and worry when he walked down the aisle in a wedding dress seven years ago and always felt like a boy when he was a young girl.

On his wedding day, Cody Harman, from California, looked every inch the radiant bride, but inside he was ‘desperately unhappy’ because he identified as male.
After heading down the aisle in 2008 to ‘fit in’ and please his religious family, the chef’s marriage ultimately fell apart, and Cody began the transition process after splitting from his husband in 2012.

Cody says of meeting his husband Adam online: ‘It seemed like everyone was getting married and I wanted to fit in. I met up with Adam and we got on well.

“My upbringing was very religious so I was worried that people would realise I was gay if I didn’t have a husband.”

Then aged 20, Cody, who was a size six before taking up bodybuilding, met his construction-worker husband through an internet dating site.

“I knew I was doing the wrong thing by getting married – but I didn’t know how to tell everyone. I’m so much happier than I ever imagined I could be now that I’m living as a man.”

Cody said: “I can’t believe how different I feel both mentally and physically. I’ve always been into fitness, and now I’ve got the body I’ve always wanted. When I meet people I haven’t seen in a while, they struggle to believe it’s really me.”

Cody recalls that watching her body transform into that of a female when she was a teenager was very difficult. She said: “Watching my body change through puberty was hard. I hated it and just wanted to be one of the boys. I was lucky I was petite and didn’t have prominent curves!”

She adds: “I also knew I was attracted to girls but because my parents were very religious they made me think it was a sin, so I dated guys instead.”

After a year of dating, Cody and Adam got married in 2008 in a traditional wedding ceremony.

‘I thought something must be wrong with me because I didn’t have any romantic feeling towards Adam. Even on our wedding day I felt uncomfortable in my wedding dress, though I pretended to be happy,’ Cody says.

‘Although I knew marriage was meant to be for life, I didn’t consider the future or the possibility of children. I was just going through the motions. I didn’t really know what love was.

‘After our wedding day, we moved to Germany, where Adam was based, I tried to make it work, but I was just desperately unhappy. I just wasn’t the person I was meant to be. I used to run for eight miles per day to cope.’

In 2011, Cody moved back to his hometown in California and went to cookery school, hoping that a new career would help. 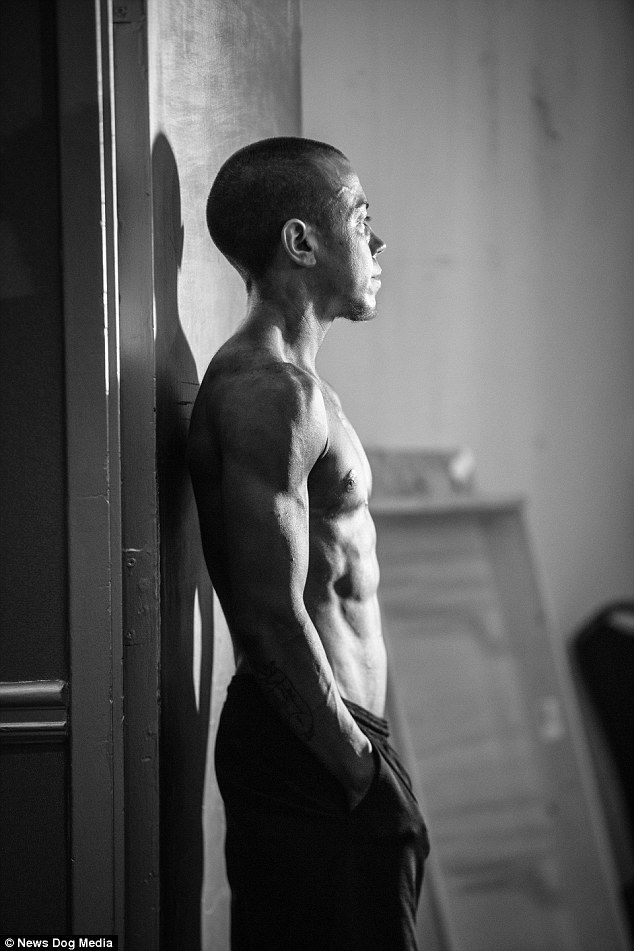 He says: ‘I told Adam I would come back once the two-year course was over but our marriage fell apart and we divorced.’

Once back in the US, Cody decided the only way to live a happy life was to stop repressing his feelings. So she began her transition in 2014 after she had a mastectomy, surgery to have her female breasts removed, and began taking male sex hormones. Also, she began to supplement the hormone therapy with heavy workouts to build muscle mass.

After undergoing a hysterectomy the following year, Cody switched to lightweight training at the beginning of 2016 when he was advised that it would be better for his recovery than running. 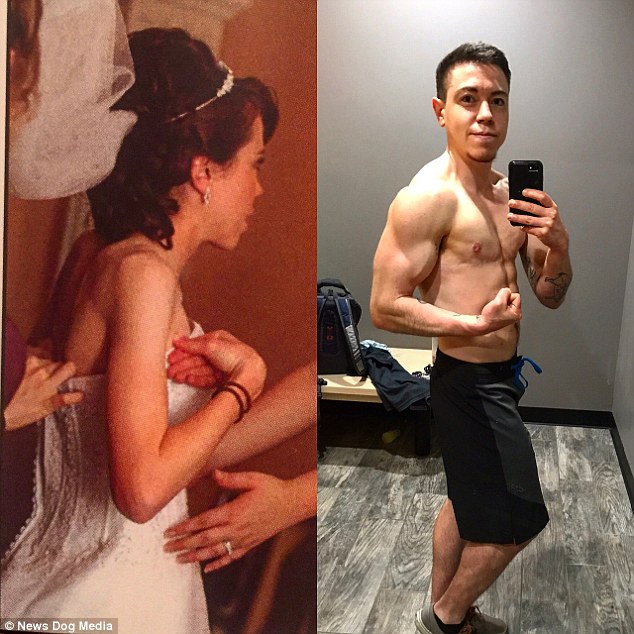 She said: “Working on my strength made me feel more masculine and my muscles grew quickly. I fell in love with it and in October 2016, I decided to enter my first female to a male transgender bodybuilding competition. I was training six times per week for two hours and ate a protein rich diet with lots of chicken and vegetables. I was incredibly nervous but all my hard work paid off and I came sec ”

Today Cody works as a personal trainer helping others achieve their dream physiques.

Cody is going through the final stages of gender reassignment in June this year, when he will undergo a phalloplasty.
When he recovers from his surgery, Cody, who is single, hopes to find love.

He says: “I’ve had a few short relationships with women since becoming a man but I’d love something more long-term. But right now, I’m happier than ever.”

His advice to others: “My message to others is that life is too short – you only get one chance. Don’t give up.”