Watch Adam Derks heave this massive load off the ground! 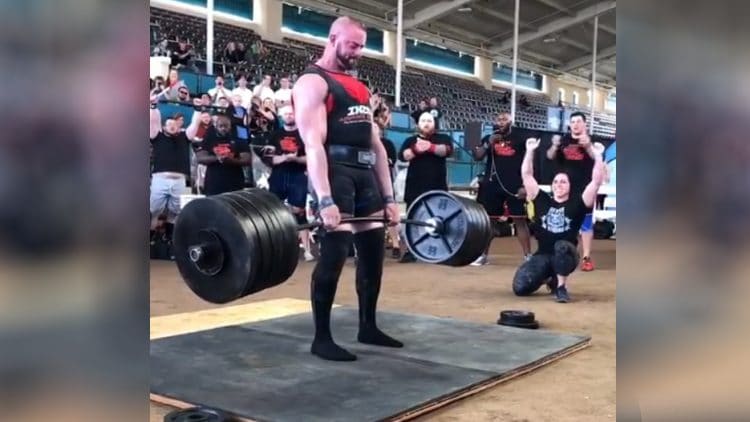 Adam Derks just set a World record in the 105kg weight class, pulling a monstrous 402kg/885lbs at the War of the Shore Competition which took place in sunny San Diego, California.

Now, Derks did have some issues during the deadlift, explaining that he felt a pop in his hamstring on Instagram. So, he sadly wasn’t able to attempt more weight as this record lift was just his opener. However, he’ll definitely be back for more after he takes care of the issue.

“Broke the 105kg world record deadlift with my opening attempt at 885lbs,402kg. unfortunately this is not the top weight I came to do, but my right hamstring popped at my knees on that pull and we decided that it wasn’t worth trying heavier. I will be back to doing this again! Thanks to everyone who made this possible.”

Check out the beastly record performance…

It’ll be exciting to see what else Adam Derks has in store for competition. But as of right now the most important thing for him is nursing the hamstring issue so that he can come back and attempt more weight as he’s very capable.

“The Strongest Man In History”: Brian Shaw And Eddie Hall To Star In History Channel Series