Ajay Holbrook has big aspirations to inspire and compete as a transgender male athlete! 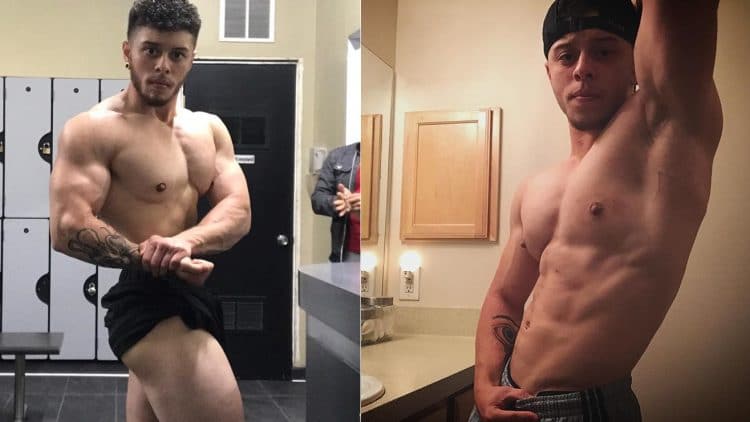 At age 5, Ajay Holbrook, 22, realized that he wanted to be a male although he was born a biological female. Holbrook told CNN that he’d wake up every morning and cry, wishing he was a male.

“I always saw myself as a male figure. I was always into sports instead of girly stuff. I would get my dad to buy me boys’ clothes so I could match my brother, said Holbrook.“

But Ajay Holbrook had sort of an obsession with looking like a big muscle-bound man and due to his gender transition, he’s the exact image which he had always pictured himself to be.

“My body wasn’t the way I wanted it before. With bodybuilding, I’m able to work and improve myself every day.”

Holbrook started testosterone treatments at 17 and explained that he felt like “himself”. He explained that one day his stepdad beat him up really badly after learning of the sex change and that the incident made him want to transition to a male even more so that he could protect himself.

But the Texas native feels the need to outwork everyone just to prove himself and everyone else that he is a “real man”.

“My goals are to compete in Mr. Olympia and just make, I guess a footprint for trans people and the bodybuilding community. I look in the mirror and I’m very thankful. It’s definitely the person I was born to be without a doubt.”

Ajay Holbrook won’t be able to reach his goals without opposition and negativity along the way. However, that sure won’t stop him from pursuing his passions, just as it didn’t prevent him from deciding to make the physical changes.