How to do the alternating dumbbell front raise. 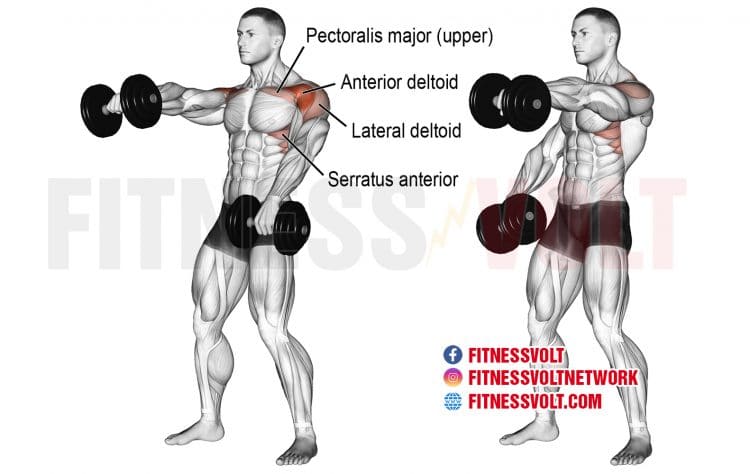 The alternating dumbbell front raise is an isolation exercise which builds muscle and strength in the anterior (Front) deltoids. Now, since the shoulders are a sensitive muscle group because of the rotator cuff, it’s important to train smarter rather than heavier. So, lighter to moderate weights are recommended for optimal results.

The deltoids are a three head muscle so they need a lot of attention. So, it’s beneficial to hit them often and frequent to ensure all are trained sufficiently. And the best strategy is to train all three heads with different movement, which include the front raise.

So, use the front raise variations including dumbbell work for the best results possible.

Watch: How to do the alternating dumbbell front raise