Check Out Andrew Goldblatt And His 200lb Weight Loss Transformation! 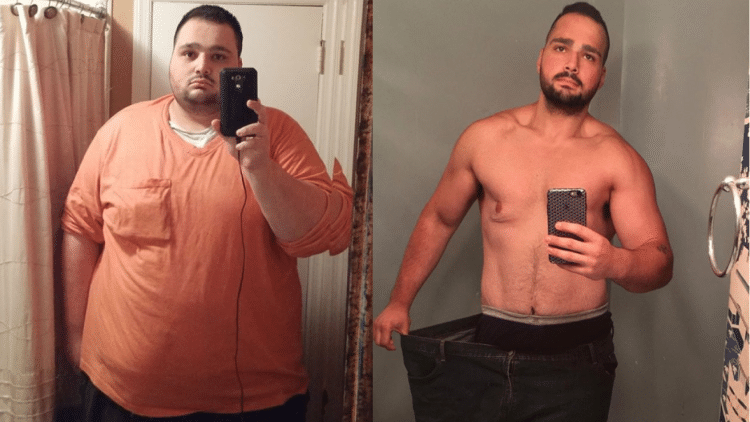 Andrew Goldblatt is a massive inspiration to people around the world. This is how he managed to lose 200lb and completely transform his life.

In 2014, Goldblatt was 540 pounds, and extremely depressed. His father had died a few years earlier, resulting in the depressed state. At the time, he did not want to do anything, but stay in bed and eat all day. He had become cathartic, guessing he was consuming around 10,000 calories a day.

Things began to change when he had a seizure, while in bed one day. Due to his size, paramedics were unable to get him out of bed, or on a stretcher. It was so bad, that at one point, they considered opening a wall of the house, and using a fork lift to get him out. In the end, he was able to walk himself down the stairs, and was able to get the medical attention he needed.

As a result, Andrew Goldblattt realized that he needed to make a change. Things had gotten out of control at this point, and he had to fix things in his life. At 6’5, and 540 pounds, it was not going to be easy. However, he was determined, and started the journey to weight loss.

It was not an easy start

Being the size that he was, Goldblatt had to start off slowly. He began walking, starting with a mile a day. Following that, he began to focus on his diet, knowing that was just as important. He began counting calories and macros, taking attention to the details of what he eats. As a result, the weight began falling off.

Goldblatt does not follow any sort of specific diet, or training regimen, instead opting to find what works best for him. Nevertheless, it seems to have worked, as within a span of about five years, he has lost 200lbs. Moreover, he went from a 5XL shirt, to just a 1XL, and lost 30 inches on his waist. It truly is an incredible transformation.

This is a before and after from his Instagram.

Andrew Goldblatt has done something truly incredible. Although he does not stop there, as he is continuing to push and get better and stronger. Great job Andrew, and keep up the good work!