Two-time champion Annie Thorisdottir scored a massive 200lb snatch in Day Three of the 2021 CrossFit Games, before winning her first event of the year in Day Four 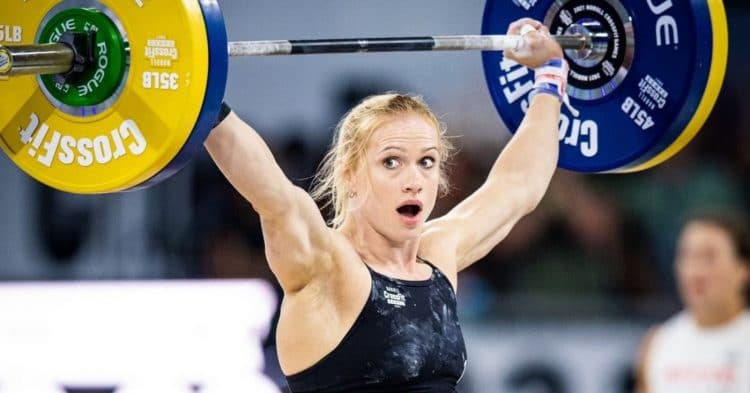 Throughout the first two days of the 2021 CrossFit Games, two-time Fittest Woman on Earth® Annie Thorisdottir had been consistent but fell towards the middle of the pack. However Day Three and Day Four saw her amp things up in a big, potentially setting her up to appear on the podium.

Through the first two days of events, Thorisdottir only landed in the top five on one event. It was Event 9, which was the final workout of the second day of competition, and she came in second place just behind Amanda Barnhart.

However things really began to pick up for her during Day Three, and in particular the snatch event. While she came in second place here, her one rep max actually matched the reigning champ and former Olympic weightlifter Tia-Clair Toomey, with both ladies snatching 200lb.

As you can see with the video that CrossFit posted to their Instagram, Annie Thorisdottir was clearly shocked in her ability to hit this massive snatch. It took her two attempts, but from the moment she realized what she was about to do, the overwhelming emotion was written all over her face.

This was not the only epic performance that the Icelandic queen had during the final stages of the 2021 CrossFit Games. Heading into the first event of the last day of competition, Annie finished in a strong 4th place, putting her in the top five overall, and giving her tons of momentum heading into Event 14, which went as follows:

Thorisdottir kicked things into high gear for this workout, absolutely running through each set. She finished in first place with a time of 05:22.12, which was about eleven seconds faster than the second place winner Kristen Holte, and about 48 seconds quicker than Tia-Clair Toomey.

This was her first event win at the 2021 CrossFit Games, and put her tied for third place overall, with her and Holte each having 1009 points. At the time of writing, the final event of this year’s Games has yet to commence, but Annie’s spot on the podium will come down to how she does in this final workout.

This was the first time that Annie Thorisdottir returned to the CrossFit Games since becoming a mom, and it is clear that this is giving her some massive motivation to perform at her best. Time will tell how she does in the end, but this was an incredible display of heart and will during the final stages of the 2021 Games.