After being forced out during the third day of competition, Brooke Wells thanks her fans for their support and reveals the injury that made her withdraw from the 2021 CrossFit Games 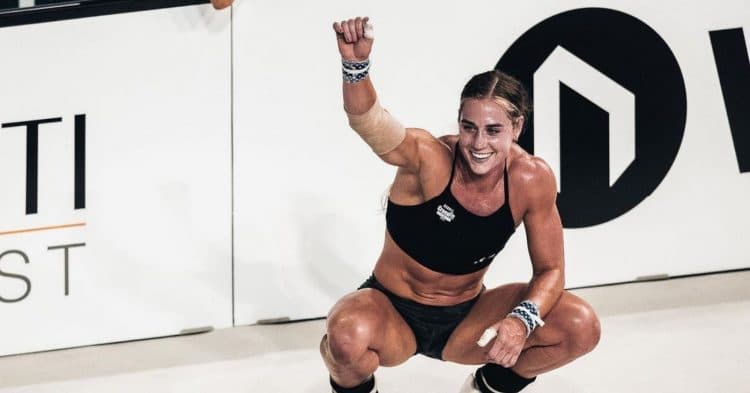 Fans were shocked to hear the news that Brooke Wells had been forced out of the 2021 CrossFit Games. Now she reveals the injury that led to her medical withdrawal, and thanks her fans for their support.

Wells was off to a pretty solid start at the beginning of the CrossFit Games. While she had not won any events, she was going into the third day of competition with three top five placings, and in the top ten overall.

Unfortunately she suffered an injury during the snatch event on Saturday, being escorted off of the field while holding her arm. While it was not clear at the time what the cause was, Brooke posted to her Instagram shortly after withdrawing from the contest to reveal that she had dislocated her elbow, but she was thankful for the support and how the Games had gone to that point.

“Thank you for the overwhelming messages of support. 🙏🏼 There is no community like this and although I am heartbroken, I’m thriving off your energy and love. 🤍” Wells wrote.

“Last night I dislocated my elbow during the max snatch event, and was forced to medically withdrawal.

I dedicated my life to being prepared for this years CrossFit Games and I’m absolutely the fittest I’ve ever been. To not be able to fight for a podium spot today crushes me, but I’ll be back.

Thank you to the extremely professional medical staff that treated me on-site. This is a speedbump and it’s all part of my journey. Gods plan is bigger than mine. See you soon. 💓”

Brooke Wells was not the only athlete forced out of the 2021 CrossFit Games after it already started. Dani Speegle, Sean Sweeney, Kara Saunders, Dan Bailey, and Bethany Shadburne each had various medical issues that made them withdraw.

That being said, Brooke was one of the rare cases of someone being in the top ten overall, yet not being able to finish the contest. While it seemed unlikely that she would have won, if for no other reason than Tia-Clair Toomey had a massive point lead, there was still the potential of her finishing the Games in a strong position.

Here is how Brooke Wells performed at the 2021 CrossFit Games:

The good news is that the injury Brooke Wells suffered does not seem to be that serious. Hopefully she can heal up soon, and be back to action quickly.