The legend is making use of his time in Africa, petting some lions and a cheetah! 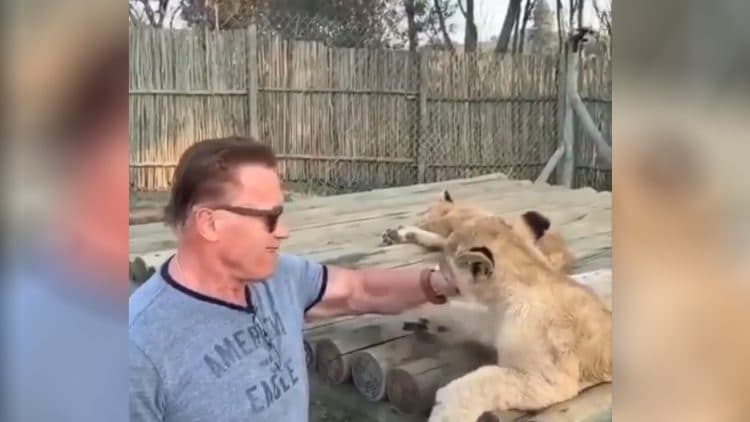 It has only been a few days since Arnold Schwarzenegger was attacked from behind with a flying kick at the Arnold Classic Africa event. But, it’s safe to say he’s moved on since then as he was filmed petting some lions and a cheetah recently.

Now, being so up and close to such big cats would likely frighten most people but it was no biggie for the man who dominated bodybuilding, became a massive movie star, and even governed the state of California. Schwarzenegger looked happy to spend his day with such prestigious animals.