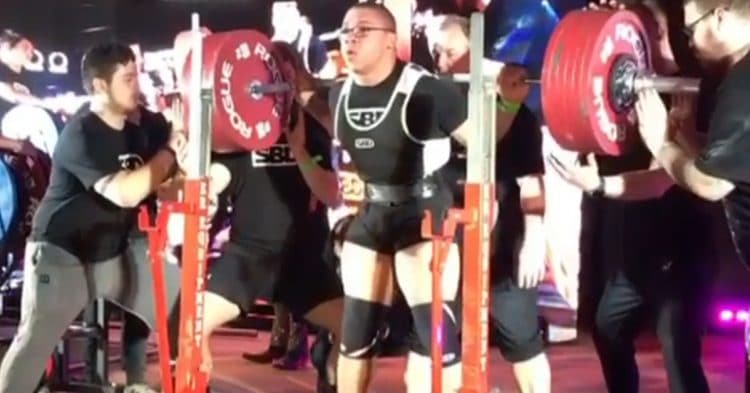 Ashton Rouska is a name you will be hearing a lot in the future. Ashton is a 22-year-old Powerlifter that is currently competing in the 231 lbs division.  He has been competing since 2013 as a junior and he has done a lot of growth over the years and this year at the Arnold Grand Prix, he managed to total nearly 2000 lbs!

Here’s what the young prospect had to say about this in his own words:

On a 6/9 dogfight kind of day, I’m blessed to walk away with the winning performance and some records. Pure luck.

The past few months have been brutal on me, and I had to fight and scrape for every single pound today. I couldn’t be more proud of what I was able to accomplish today despite the hardships along the way.

Couldn’t have done it without the support of my loved ones and fans, you all give me the strength to push even when I had nothing left today. 🇺🇸✊🏾🔥 DID THE DAMN THING!

Even on a bad day, while being underweight, he still manages to perform on a level that puts him 50lbs shy of a 2000lbs total and a first-place ranking in the contest. That’s one hell of an achievement for having a “bad day”.