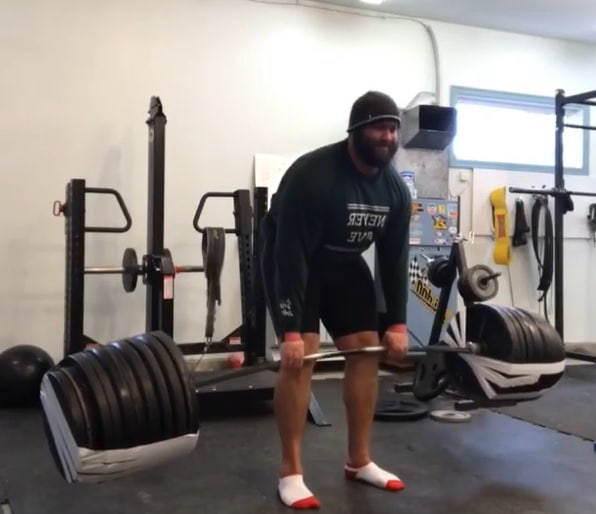 Despite what Instagram would have you believe, pulling a 400kg+ deadlift isn’t easy. That shit takes time, strength effort pain and discipline.  This is why we are talking about the Canadian -120kg powerlifting champion, Ben Downs. Just four years ago his max deadlift was at 325kg (716lbs), which is the lift that got him first place at the Union National Championship in 2014. He tried to go for 340kg(749lbs) but the bar just wouldn’t go up.

He stated that his goal was to hit 700lbs on the deadlift, well now he does it for 10 reps.

I need figure 8 straps so I could potentially go for 12 or 13 reps. I remember a couple years ago it was my long time goal to hit a 700lb deadlift. Crazy where hard training and good programming will take you.

There you have it, folks, the big secret behind pulling huge weight in the gym-consistent training and programming. I know, it sounds crazy but it’s worth trying…maybe it works.

Get Motivated To Hit The Gym With These Pictures Of 17-yo Bodybuilder Tristyn Lee!

The Life, Times and Training of a Bodybuilding’s Myth: Sergio Oliva