Get Motivated To Hit The Gym With These Pictures Of 17-yo Bodybuilder Tristyn Lee! 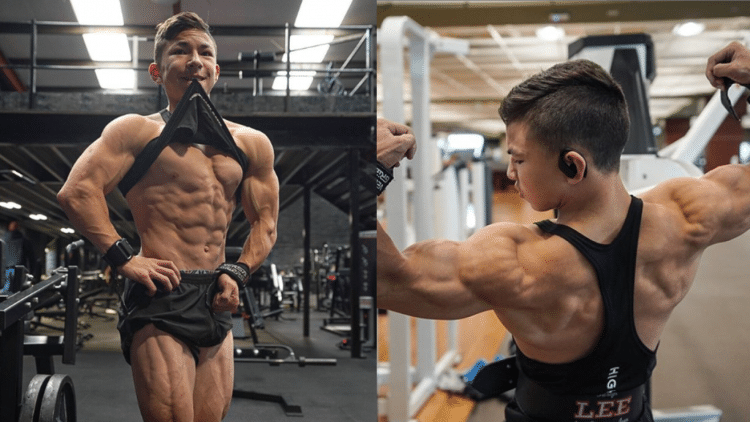 Tristyn Lee is a 17-year-old fitness phenom, who has been making a name for himself because of his insane physique. Today, we take a look at some of his most impressive performances, to give you just a bit of motivation to keep in the gym during the holiday season

Lee has turned into something of a star on Instagram, and has garnered the attention of some big names in bodybuilding. Spectators are drawn to his unbelievable frame, which is enough to inspire anybody to hit the gym.

Lee has not been training for very long, and is already turning in an unbelievable physique. Here, you can see how much work he has put in on his back, despite it not being quite to the standard he wants. Nevertheless, he is certainly impressive all the same.

Tristyn Lee has amassed a giant following of 1.2 million people on Instagram. Additionally, he has his own YouTube channel which is also popular, for his fitness and diet advice. At the time of writing, he has  over 500k subscribers on that channel. He has done a great job marketing himself.

Lee started hitting the gym to pursue his real passion – soccer. He is looking to become a professional soccer player when he becomes an adult. However, it is safe to say he has a backup option if that falls through.

The physique of Tristyn Lee has caught the attention of several big-named bodybuilders. People like Shawn Rhoden, Larry Wheels, and Bradley Martyn have even trained with him, impressed by his ability. Although it is hard not to be impressed by someone like this.

From top to bottom, Lee has a monstrous physique and still has a ton of room to grow. He trains twice a day, and maintains a very strict diet. He tends to follow a keto diet, without eating any sugar. As a result, he keeps a super shredded look.

Tristyn Lee is one of the most impressive teenagers in the world today. Looking at his Instagram, makes one think ‘What’s my excuse for not hitting the gym?’ So hopefully you can use this as some motivation to keep yourself honest during the busy holiday season.