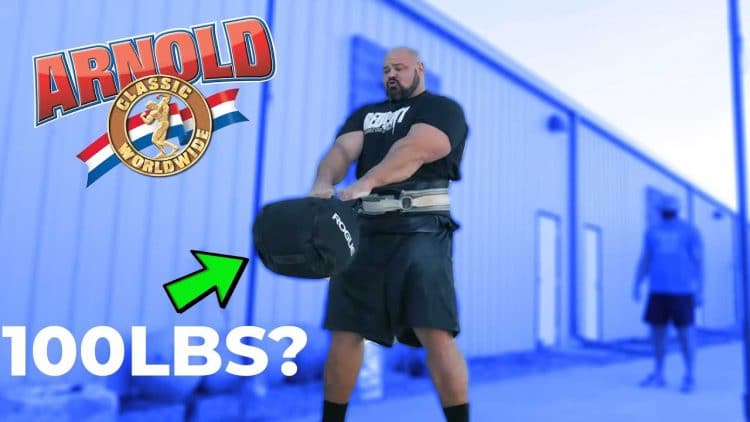 Brian Shaw has been seeing a slight decline in his performance placing in the past year. He tore his hamstring on the deadlift at the last year’s Arnold Strongman classic which nagged him all the way throughout most of the competitions in 2019. It also didn’t help that he was super busy filming  “Strongest Man in History”  tv show with Eddie Hall, Robert Oberst, and Nick Best. Because, filming that show involved a lot of traveling, a lot of irregulated training and eating accompanied by general wear and tear of being a huge guy trying to travel by conventional means.

Usually Arnold Strongman Classic was an invite-only event but throughout the years a series of qualifiers were introduced to make things a bit more competitive.  Thanks to the nagging injuries, the logistical nightmare of filming a tv show and probably slightly slowing down in performance due to age-related reasons-Brian, as now doesn’t have enough point to qualify for Arnold Classic.  Since the Santa Monica pier qualifiers are 3 weeks away, the competitors and the disciplines are all known.

Brian will have his hands full at the qualifiers as some big names are set to compete to get a shot at the “Arnolds”. Among the 14 competing, a couple of names stand out the most; Martins Licis (current WSM winner and last years Santa Monica pier qualifiers winner), Rob Kearny (American Log Press record holder), J.F. Carron (Strongman veteran) and Rauno Heinla (fast-rising name in the Strongman community).  If the competition isn’t enough to make you break a sweat, the feats of strength will.

In order to secure competing in March at the grand stage in front of thousands of screaming fans and Arnold himself. Brian Shaw and 13 other guys will have to battle it out in the following events;  Slater Log Clean & Press For Reps (380 pounds / 172.5 kg), Farmer’s Walk (400 pounds / 182 kg), ROGUE Strongman Sandbag Throw Over Bar, Deadlift For Reps (775 pounds / 351 kg)

Not the hardest of tasks, but definitely not the easiest of ones either.
.