Pro Strongman and 4x WSM winner shares some light on his relationship with Hafthor, training with fans and many more in a recent Q&A 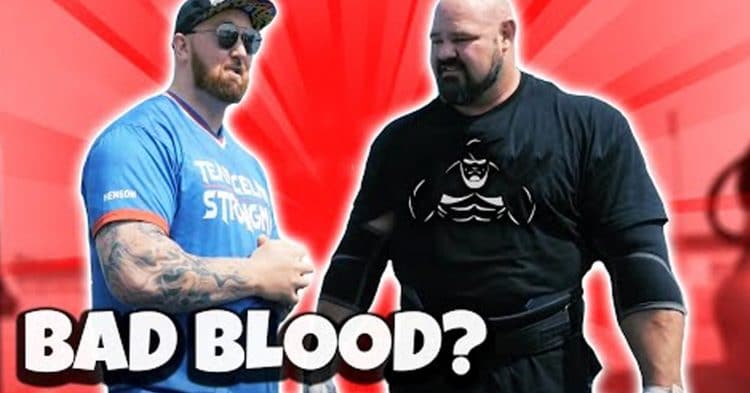 Sporting events with crowds are still a big “no-no” in this crazy rollercoaster ride of a year and Strongman comps are no exemption. In light of these unique and insane times, Brian Shaw upped his youtube game to the maximum. In a regular Q&A session, he addressed a few interesting topics, including his relationship with the current max deadlift champion, Hafthor Bjornsson. When asked if it is true that he has a feud(or grudge if you will) against Hafthor, the well-mannered Strongman had lots to say.

Firstly he addressed where the so-called “feud” comes from. It comes from way back in 2012 and a power stairs event at that year’s WSM finals. Brian says that Hafthor didn’t obey the rules and that the organizers let that slide. He didn’t go into specifics of further head-butting with the former WSM winner, but he did mention that he had more disagreements with Hafthor than Eddie Hall has ever had. Which is quite a statement to make considering that the Thor/Eddie bad blood got so bad that they will have to settle it in a ring under boxing rules.

Next up, he addressed the topic of potentially doing a giveaway of sorts for some of his top spenders or a luckily top fan. He mentions that he is working on something that it shouldn’t cost more than a meal(though he didn’t mention if it’s the price of a normal person meal or a Brian Shaw sized meal) and would include a training session and some other yet to be determined cool perks.

After this, he addressed who he would love to do a collaboration with, and no surprises there-it’s The Rock. Brian Shaw just like basically every man who has ever seen Rock train, would love to drop by Rock’s moving “Iron Paradise” gym and trade one-liners and training tips with The Most Electrifying Man In All Of Sports And Entertainment. Which, not gonna lie, sounds amazing. It could also potentially be the first and possibly the last time someone has out trained and out lifted The Brahama Bull.

Another interesting take from the Q&A is that Brian plans to stick around in the Strongman community even after he retires as a competitor. Commentator, judge…maybe even an event organizer. The sky is the limit as far as potential options for Brian Shaw after his career as a competitor is over.