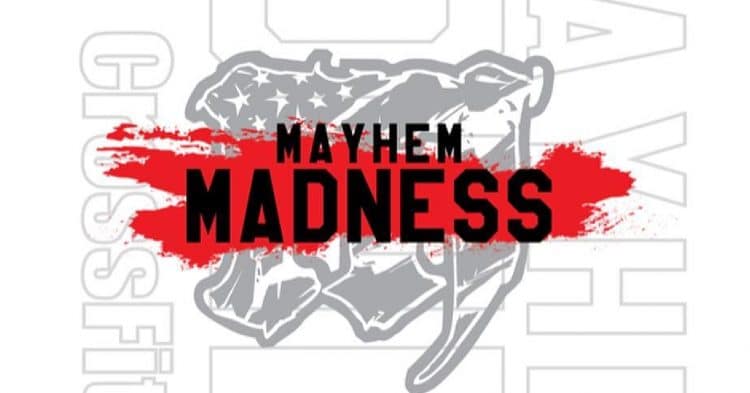 The CrossFit Mayhem Madness Team Event was to serve as an unofficial conclusion to the 2020 season for age group and team competitions. However Rich Froning has officially announced that the event is canceled.

Expected to go down next month, the Mayhem Madness was expected to serve as a replacement for the fact that age group and team competitions were removed from this year’s Games. Although it would not be an official competition, it would unofficially determine who the best was in these categories, for the year. It was something that was met with excitement, and would feature some unique changes from the CrossFit Games.

The Mayhem Madness event was supposed to take place next week, but was forced to reschedule. The expected date was thought to be around the end of the month. However as Rich Froning revealed with a post to his Instagram, he was forced to cancel the event, due to travel restrictions from the global health crisis, as well as other unnamed restrictions.

“Due to some travel restrictions, and other limitations that have been imposed on us by COVID-19, instead of us continuing to postpone the event, and continuing to hold up the season, and maybe not even have a chance later on, we have decided to go ahead an cancel Mayhem Madness. We obviously would really like to be able to put on a show and compete, you know we trained all year for this, but it’s outside of our control.”

Obviously this is a disappointing situation for the athletes who had been preparing for this competition. It is unfortunate that the nature of this year’s Games prevents the inclusion of these categories, so it was nice that there was going to be another outlet for them. It seems that the only option is to continue to move forward, and prepare for next year.