You Will Not Believe The Transformation Of Craig Golias! 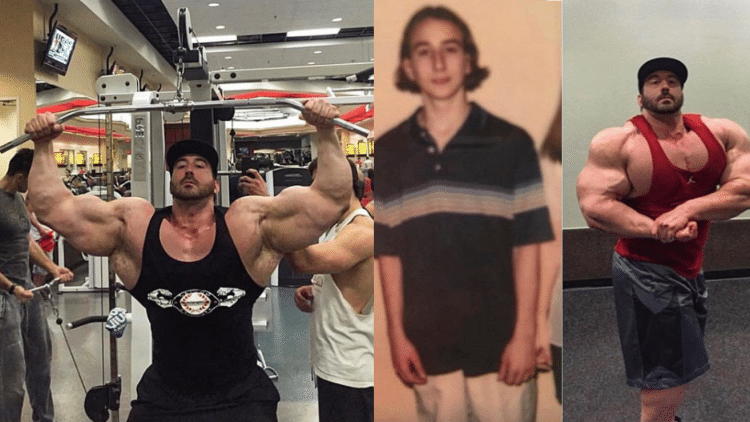 Craig Golias was once just a scrawny teenager looking to get in shape. However through an incredible transformation, he has put on over two hundred pounds of muscle and is now massive!

Hailing from Las Vegas, Golias first hit the gym in 2003. At the time he was just a 6’3 teenager, weighing around 150 pounds. Long and gangly, he was looking to get in a bit better shape. Little did he know, this would be the start of a crazy shift in his life.

Almost immediately, Craig Golias fell in love with the idea of being able to add mass to his body. He continued putting on bulk, rapidly getting bigger and better. Subsequently, as he got a larger physique, he decided to direct his attention the world of bodybuilding. He competed a few times locally, but quickly realized that he was more interested with the aspect of making gains. Therefore, he decided to just pursue that wholeheartedly.

Once he focused his attention on just bulking up, Golias really began making a change. Today, he says that he has likely put on around 200 pounds of pure muscle. As a result, he is nearly unrecognizable from the skinny teen who started hitting the gym a decade and a half ago. Now he has garnered some serious attention on social media, having over 400k followers on Instagram. Fans love to check out his massive biceps, and use him as inspiration in their own life.

Check out some of his highlights:

It is important to note that Golias does not claim to be a natural athlete. Although he does make the point that even with steroids, hard work is required to get results. Regardless, there is no deny the amazing changes that he has made to his body, and how inspirational that is.

Craig Golias is a perfect example of what hard work can do you for you. If you are unhappy with aspects of your body, he shows you that you can change those things.