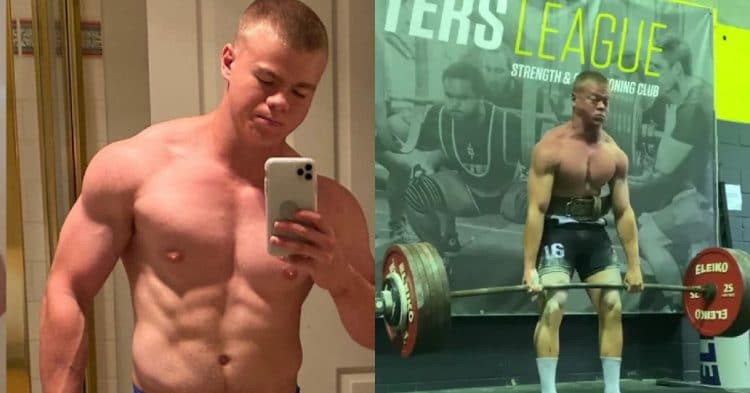 Dan Mahoney is shaping up to be quite the talented young powerlifter. If you are still not convinced, you should be after checking out this recent footage of him in the gym.

Mahoney is certainly proving to be more than just your average teenager. The Australian has been making the rounds in powerlifting, showing some impressive performances, making him a top prospect in the sport. As a result, he has the entire community focused on his skills, which seem to be growing at an exponential rate.

Take for example, this most recent clip from Mahoney. In a video posted to Instagram, he can be seen absolutely crushing a huge 639lb (290kg) deadlift in a gym session. Not only is this wild because of the sheer size of the weight, but he did it while weighing around just 75kg.

“290kg/639lbs @75kg/17yrs old. My final heavy deadlift for my proraw prep. I live for this shit, nothing else is more satisfying. Yes the camera fell, I will invest in a tripod for my next prep 🤣.”

It seems that the deadlift is something of a specialty for Dan Mahoney. The last time he competed was at the War of the Demigods event in December. His best deadlift in the contest came in at 441lb. Obviously things are different in competition, but that is still a massive improvement.

Dan’s improvements are not just in between competition either. Here he is a couple of weeks ago, hitting a 595lb deadlift double. This was a new personal record for him, and he tore right through it

The rapid pace at which Dan Mahoney seems to be improving is almost too much to keep track of. Nevertheless, he seems to proving that he has what it takes to be considered among the elites sometime soon.