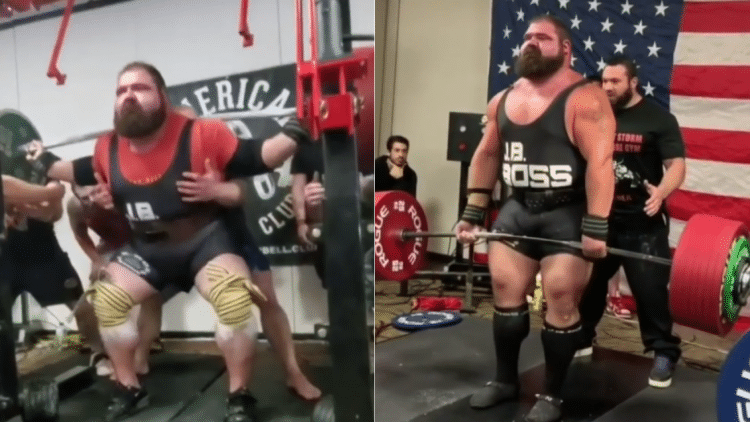 The weekend saw some pretty big performances in the powerlifting scene. However what may have been the most impressive was the lifts turned in by Daniel Bell.

Bell headed into the WRPF American Barbell Club Open looking to make an impression. He took to the platform in Gainesville, Florida competing in the 308lb+ division. By the time he would leave, he would be firmly established as one of the strongest powerlifters in the world.

Daniel Bell managed to go 7 for 9 in his lifts over the course of the event. Throughout the course of doing that, he managed to amass a crazy 2518lb (1142kg) total lift. As a result, he has set a new all time world record for total lift, while wearing wraps. This is how his lifts scored during the event:

In doing this, Bell managed to beat the previous record by 5.5lb. This is a record that was set in 2016, by Andrey Malanichev. It seems likely that this record will hold up for a few more years. On the other hand, Daniel may end up breaking it himself, as he looked like he could have given more during each lift. As incredible as this was, it seemed like there was more.

Check out videos of the lifts:

It is simply unbelievable that Bell is able to accomplish this new world record total lift. On top of that, the fact that he appears to have more in the tank makes it all the more mind-boggling. It is going to be exciting to see how he can continue to grow and improve moving forward. Additionally, it is intriguing to see if he will be able to further extend this record.

Congrats to Daniel Bell for accomplishing this record total lift. He is without a doubt one of the best powerlifters in the world today.