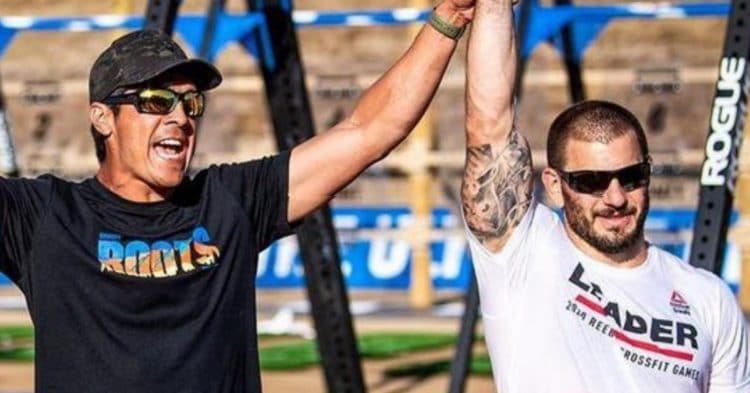 CrossFit fans were rather blown away when Mat Fraser went on a warpath against Dave Castro, on the Joe Rogan Experience. Now the Games Director has fired back, responding to these comments from Fraser.

When Fraser announced his retirement from CrossFit, it was a bit surprising but understandable given how much he accomplished. However it was his most recent remarks about Castro that got everyone’s attention.

Joining JRE, Fraser spoke with Rogan about some the things that he perceived as shady moves from the Games Director. An article came out, with Dave saying that he thought Mat was slipping, despite his five consecutive CrossFit Games victories.

In Fraser’s opinion, Castro was saying these comments to get Mat off of his game, because Mat was not the type of person to play by Dave’s rules.  So his point of view was that Dave was going out of his way to make things more difficult  on Mat when programming the Games.

Now it seems that Dave has responded to these claims from Mat Fraser. Taking to Instagram, he reposted a short clip of Mat calling himself God, while saying that he planned on making a detailed response soon enough.

“I haven’t seen the podcast but I have seen key clips that people have sent me and I have read a lot of messages from disappointed @crossfitaffiliates and @crossfittraining Trainers.
In due time I will address some of the statements made.”

This was not the only response that Castro made. He posted a follow-up message, where he discounted the claims that Fraser made, regarding this article in question.

According to Dave, the words he said were taken out of context from an Instagram Live video, and used in someone’s article. So he implored Mat to check his facts before saying negative things about him.

“@mathewfras said that I published an article about him slipping,” Castro wrote.

“An article is timeless.
It’s a thoughtful record of a position.
An article suggests an official statement.

The problem is…
That never happened. I never put out an article.
I made a quick verbal opinion comment on a IG live discussion with fans.

There is clearly some real tension between Mat Fraser and Dave Castro. Mat’s reaction seems to have been met with mixed reviews, as some feel that he is still profiting on the sport that he seems to dislike, in spite of the opportunities it has given him.

Without a doubt, this is a complicated situation, that likely has many layers to it. Time will tell what other responses come from these two.