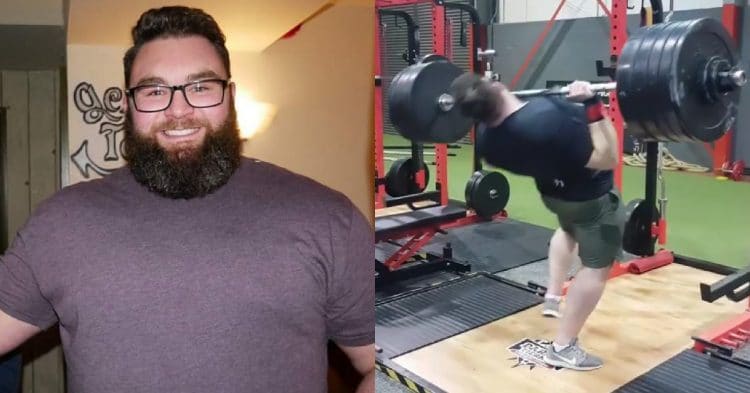 Gym accidents are scary for anyone. However in the case of Declan Savage, he narrowly avoided a potentially life threatening accident.

Savage is a strongman competitor, based out of Monaghan, Ireland. At the time of writing, he has not yet competed in any major contests. Regardless, people are beginning to know his name, and not necessarily for something good.

When it comes to the overhead press, Declan Savage is not bad. His personal record for the lift is 297lb (135kg). However, it was when he tried to extend that record to 313lb (142.5kg), that things went wrong. As an Instagram video shows, when he gave this a try he was unsuccessful, and when he tried, something terrible happened.

Now luckily, Savage was not hurt during this mishap. However that could have very easily not be the case, as when he fell back, the weight nearly fell on top of his face. It is a good thing that he had the wherewithal to drop the weight as he fell, causing it to land at his feet in front of him.

It seems that Declan learned from this mistake however, as he has shown more recently. Now, when decides to push himself and go for a new personal record, he at least gets people to spot him. Here he is, from a few weeks ago, looking to hit a new PR for his bench, at a solid 353lb (160kg). Only this time, he has three people handy in case something goes wrong, which it nearly does.

Declan Savage provides an excellent example for gym-goers, as to the importance of using a spot, especially when going for a new weight. Although you may be unable to go to the gym now, when you return, be sure to always take the proper safety precautions during your lifts. Obviously things could have been much worse than this.