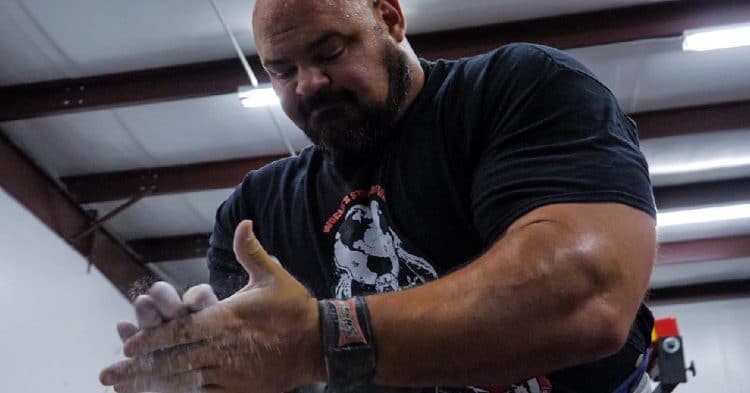 With the current state of things in sports, the future of the World’s Strongest Man contest is up in the air. Despite this uncertainty, Brian Shaw is still working to prepare for the contest.

Shaw is the four-time winner of the World’s Strongest Man contest. Although he scored a disappointing sixth place in the 2019 show, he was looking to bounce back with a much stronger performance this year. However, it is currently unknown whether or not the event will proceed in May, according to plan, due to the current situation affecting sporting events.

With things being up in the air as they are, it can make preparing for a contest pretty challenging. After all, nobody wants to spend their time training, and peaking, only to not be able to show off those gains. Brian Shaw is no exception to that, as he explained in a recent YouTube video. Here, he breaks down the difficulties of prepping for a contest that may or may not happen, as well as providing an update from what he has heard from WSM officials.

“There’s been a lot of different stuff on the news and coming out about this outbreak,” Shaw said. “Last week, I really wasn’t even thinking, I mean maybe just a touch, that World’s Strongest Man may get postponed or delayed to a new date. But it seems like daily things are changing, and I’m not sure exactly what this week will bring. I actually decided to reach out to the organizers of World’s Strongest Man to figure out if it was going to get delayed, and basically they let me know that their plan was to, by the end of this week, have some type of an announcement done. So, I’m not sure. They certainly did not make it seem that it was going to go forward. Right now, May 20th was supposed to be the start date this year, and I’m not sure that’s going to be able to happen, with all the travel restrictions and all the different stuff that’s going on in the world.”

Shaw goes on to explain how tough things are for him, in terms of being able to prep for a show that may or may not happen.

“It’s a different mindset for me now, just a little bit,” Brian continued. “I mean I’m obviously going to keep training. That’s what I can do right now. I’ve got to keep my head in the game with that, and whenever they do decide on something, or hopefully like they said by the end of this week they will have an announcement about a new date or what they’re going to do. That will be great because then I can make a little bit of a better gameplan leading up. Things like this, it’s a weird mental spot to go into because I really had my blinders set, and I was really getting ready to go into that zone leading up to World’s Strongest Man, and really give it everything I could. Now I’ve got to face the facts, it may not actually happen on the set date.”

Brian Shaw then proceeds to continue his workout, explaining that he is going to work on his weaker areas, during this period of uncertainty. Whether or not the 2020 World’s Strongest Man contest is going to proceed as planned is still to be decided. Either way, he is doing his best to be fully prepared.