Life and accomplishments of Dolly Castro 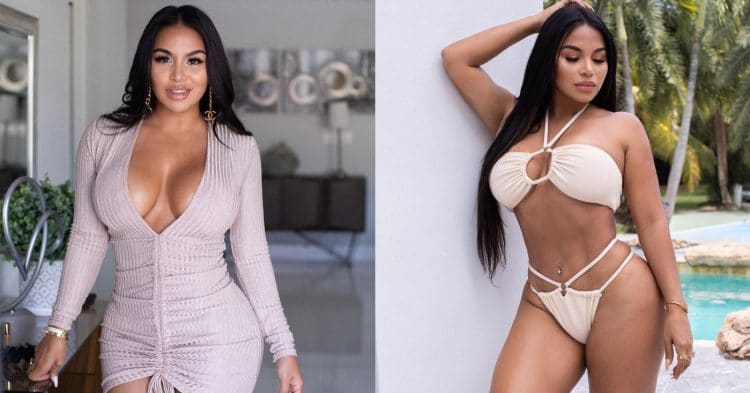 Dolly Castro started off life with dreams of becoming a chef, that differed from her family’s dreams of her becoming a lawyer. She became neither. Today, she is a fitness model with an Instagram account of over 6 million followers, and the creator of her own clothing line called Bars and Branches.

Dolly’s motto is, “When you focus on the good, the good gets better.” That’s exactly what happened in Dolly Castro’s life.

Dolly Castro today is a married woman in Miami, with a daughter she loves named Karen. She started off her passion for fitness when she was very young, despite her parent’s dreams of her becoming a lawyer. She’s not only beautiful, but brilliant too. She found her success in fitness, and today has an Instagram following of millions, and an active Twitter family as well.

It all started when she was born in Managua, Nicaragua, Central America. She fell in love with fitness at an early age, and took her hard work all the way to Instagram fame. When Dolly Castro was young, she lived a normal life, and did not pay much attention to the big dreams she had. She wanted to be a chef, while her family saw her brains and had dreams of her being a lawyer.

Dolly Castro had a religious upbringing and a family who valued education. Even though she wanted to be a chef, her family values in education led her to law school so she could make her parents proud. By the time she finished high school, she had a little girl named Karen. Unlike many other models, Dolly Castro began her life in modelling after she’d had a child.

Dolly Castro’s family supported her as she started, and that is when she decided to move to America. Dolly moved to Miami, and it did not take long for the world to notice her. She became a sensation almost instantly. Multiple modelling agencies began calling.

Today, Dolly Castro has been on a number of magazine covers, and on television. Her near-instant fame led her to launch her own clothing line.

As Dolly Castro began working in Miami, her social media profiles began to blossom. She began to take the social media aspect of her work seriously. She began to get recognized by people from all over the world. Dolly Castro eventually leveraged her social media into a business and began her clothing line. She is one of those women entrepreneurs that feels that if she can inspire just one woman, she’s done a good job. In her career now, Dolly feels like she is doing exactly what she is meant to do.

Today, Dolly Castro remains religious and is continuously attributing her earning to God.

Dolly Castro loves to train her abs and legs. Some of her most commonly used exercises are

For nutrition, Dolly Castro does take supplements. She posts about them on Instagram regularly.

Always remember we get one body and we need to take care of it as much as possible.

So diet, supplementation and exercise is essential to longevity. One of my everyday and all time favorite supplements from @1stphorm is Opti-Greens50 because of all the benefits it gives you especially for your gut which carries 80% of your immune system. Just two scoops and you will have 11 servings of vegetables , a stronger immune system, no more bloat , better digestion , clearer skin, energy, and much more! I personally take this with my breakfast with a scoop of Opti-Reds 50 and microfactor 💪🏽

Dolly Castro also follows an extreme diet. She says that 70 % of a person’s weight loss can be chalked up to nutrition and supplementation and 30 % exercising. She routinely supplements with Opti-greens 50, and posts about them on Instagram regularly,

It’s always great to start off your day with some sunshine ☀️ and today is the perfect day for an outdoor full body workout, while sipping @1stphorm Opti-greens50 . There’s so many benefits that come from consistently taking Opti-Greens50 such as digestion, balanced PH levels, bloating, gut health, and removing free radicals from your body to name a few. I personally take 2 scoops in the morning with my Opti-Reds50 and collagen! Have a beautiful weekend babes! 💙

She also posts about her cardio sessions on Instagram quite often,

If you’re wondering about trying a new supplement to add to your arsenal you should definitely have a look at @1stphorm L-carnitine. L-Carnitine has tons of benefits such as it helps use your stored fat to be burned as energy which means it’s great for fat loss, as well as reduces blood pressure, helps with recovery time, stamina , and also increases muscle oxygen supply 💪🏽! I personally take 1 scoop before cardio and 1 scoop before lifting when I separate the two into two different sessions.