Is the 2017 World's Strongest Man winner make a Strongman comeback? 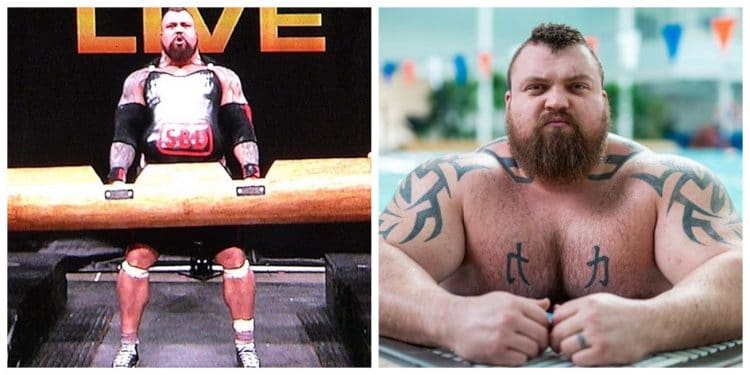 Eddie Hall has retired from the world of Strongman competition back in 2018. In his own words, he has done everything he has ever wanted to do in the sport of Strongman. He pulled the impossible and mythical 500kg deadlift and he won the title of World’s Strongest Man back in 2017.

Since winning the title he competed in a “Giants Live” show and tried his luck at breaking Zydrunas Savicka‘s log press record. However, injuries, health issues and a string of bad luck forced him to withdraw from Strongman.

In the video above you can see his official announcement from November of last year. Since retiring, he kept busy with a bunch of other projects. There was a potential offer from WWE, tv shows, youtube videos and collabs with Brian Shaw, more tv shows/movies, promotion of Strongman content and the list goes on.

Recently he ran into some bad luck as he tore his right bicep right off the bone while filming some stuff with a bunch of wrestlers.  However, Eddie being equally strong mentally as he is physically he just accepted his situation and pushed forward.

Which is something he demonstrated in his recent Instagram post where he does 100kg dumbbell rows for reps.

Eddie has played with the idea of returning for an “Overhead press-only” event even when he retired. He stated several times that if he went into the same mindset as he did leading up to his world record deadlift, he would be able to “press a quarter of a tonne/250kg” above his head.

Is Eddie capable of doing such a feat? Well, it’s quite a statement and considering the best log lifters on the planet don’t press anywhere near that number. Zydrunas Savickas, the long-reigning log lif legend, has the current record of 228 kg and is gunning for a 2020 Strongman return and a possible attack on his own record.  Eddie is still strong and lifting as heavy as always but there’s a lot of top log lifters that could give him a run for his money.

Eddie has what it takes to pull it off, but that would mean packing on the pounds and putting himself in a mentally dark place.

Whatever the decision, Eddie will probably announce it soon on his Instagram or youtube channel. So closely follow his channel for updates on his potential Strongman return.

10 Best Probiotic Supplements For Men And Women In 2021