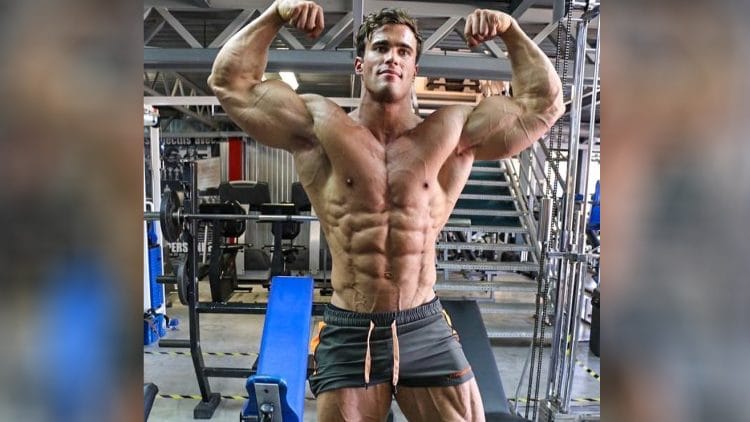 Calum von Moger was only trying to train, that was all he wanted. Unfortunately, he got more than he could handle when he suffered a brutal injury.

Calum is a big prospect in the bodybuilding world, making some serious waves. However, he has also been plagued by many injuries along the way. The Australian was on a trajectory for success all the way up until 2014.

It was at this point that Calum began his string of bad luck, suffering from multiple injuries to the bicep, and knee. Subsequently, he was forced out of competition for a long time.

Finally, Calum was primed to make a comeback in 2019, stronger than ever. He was able to train his legs for the first time in a year. Things were really looking up for this young competitor. In a tragic turn of events however, it seems Calum von Moger has suffered yet another injury. He posted a picture to his Snapchat, showing off the nasty mess.

Ouch, that looks painful. The good news is, this does not seem to be that long-lasting of an injury. Hopefully, this does not deter Calum from making his return to competition. Nevertheless, this is quite painful-looking, all the same.

Calum von Moger has been through an overload of injury in his career. He has gone from being one of the hottest new stars in bodybuilding to being stuck on the sidelines. Additionally, he was looking for a budding career in Hollywood, appearing as young Arnold Schwarzenegger in the 2018 film Bigger. He then switched that over to a movie about himself, Calum von Moger: Unbroken, which you can watch on Netflix.

Provided this injury does not keep him out of commission for too long, it will be exciting to see the return of Calum von Moger.