The Remember The Titans star made a life-changing transformation and gets in a chest and back workout with Mark Bell. 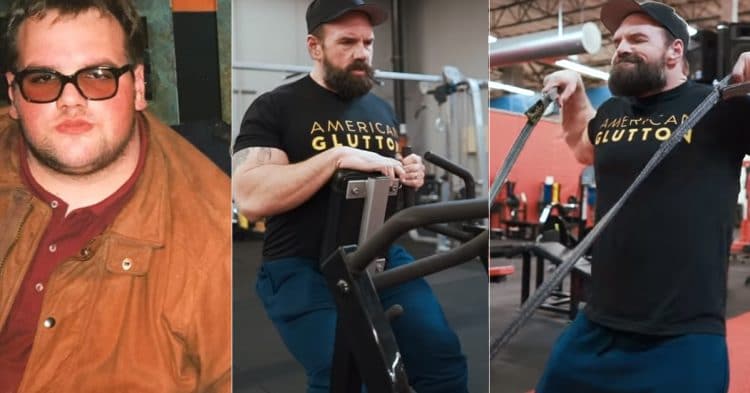 We recently covered the story of film actor Ethan Suplee transforming his physique dropping more than 200 pounds and going from 530lbs down to 255lbs jacked, after realizing that being so heavy was detrimental to his health. So, he got on a liquid diet and reduced his calories while adopting a training regime that would help him shape up as he began to lose the pounds.

But Suplee recently visited the ‘Super Training’ gym owned by Mark Bell; who’s a successful powerlifter and entrepreneur; to go into more detail about his fitness journey which allowed him to make such a drastic and sustainable transformation. Suplee explained that he’s currently trying to make lifestyle changes that aren’t too extreme hence the reason why he only trains for an hour per session because he believes he can maintain this regime.

Bell asked him if he cut out the junk or just aimed for a certain caloric number at first and Suplee said he only started out by just making sure to walk everyday. He used his phone to track his steps and made sure he reached his goal/s.

But when he started to fous more on diet, Suplee did keto for years and found it to yield great weight loss results although he wasn’t quite seeing the muscle definitition we wanted. So he added in carbs while remaining at a caloric deficit and started seeing optimal results.

But he still tracks everything and will continue to do so until he hits his desired body fat percentage, then he’ll go into a mass-building phase of which he’ll be less strict. Although, he still cheats about once every 6 weeks with a juicy burger.

Suplee and Bell then talked about nutrition and the film star says he’ll eventually go on keto again to maintain muscle mass because it requires less thought overall since you mostly eat protein and fat with very little carbs.

The next video is essentially the same as above but this one is focused more on the chest and back workout that Mark Bell and Ethan Suplee did while they were talking about the latter’s transformation journey.

Here’s the video and we’ve explained some points below…

For this training session, the goals was to train opposing muscle groups which in this case was the chest and back. Bell explained that when you perform pulling movements for back such as rows, you’re stretching out the pushing muscles (chest, front delts) which then allows you to get a better contraction when you perform presses.

While Bell explained that he’s no scientist, he provided the following analogy to explain working opposing muscle groups…

“When you come down from something you absorb that energy, it gets stored in your body then you’re able to react to it in a way that’ll allow you to jump further”.

He also says working opposing muscles in superset fashion (training two muscles without a break in between) is time-saving, not to mention you might even be able to tap into muscle fibers that you normally wouldn’t be able to if you weren’t’ training the opposing muscle groups using supersets.

Then they talked a little about acting which is Suplee’s forte. Bell asked him how he got into acting and his response…

“I think it just seemed better than getting a real job“.

They moved onto with the training and some talk about how important proper form is and then Bell was curious about how not being the ‘fat guy’ anymore has changed his acting career. Well, it has certainly changed his career and many aspects of his life which is apparent. And he definitely has no desire to go back even for his film roles.

“I’m not going to be fat to play the fat guy anymore, I’ve done a bunch of that“.

They then finished up their workout which consisted of a few machine presses and rows followed by a few other exercises and that pretty much concluded the video but you can watch the entire session above.