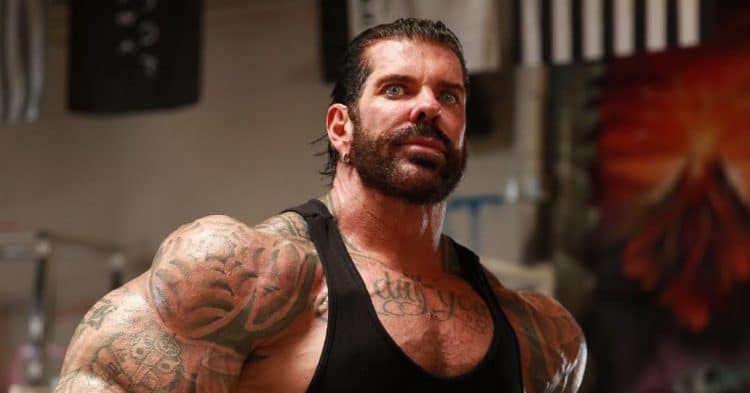 You may have recently seen a video of the late Rich Piana, going off on Rich Gaspari. It is safe to say that his family is not happy with this video having been uploaded.

Before his untimely death in 2017, Piana was regarded as a popular, yet controversial figure in bodybuilding. He was never one to shy away from voicing his opinion, especially when it came to the use of steroids in the sport. While some people loved and appreciated this, others did not think it was good for the sport.

One such critic was Rich Gaspari, who open spoke on his dislike for Rich Piana in the film Generation Iron 2. A video recently emerged, presumably filmed shortly after the release of the movie, where Piana responded to these comments. He pointed to Gaspari’s history of having tainted supplements, and said how hypocritical it was for him to be criticized for openly discussing steroids.

“I’m not a fan of Rich Piana because I think he sends out a wrong message to the young millennials,” Gaspari said in the movie. “There’s a person I feel hurts the industry because they show the taboo part of taking the drugs, but then they’re there selling their products, touting that their products work when others don’t.”

The video sees Piana firing back at Gaspari for these comments, but the video was never posted. That is, until recently when 5% Nutrition, who runs Piana’s personal YouTube decided to share it. However this did not sit right with Piana’s mom, who reached out to RxMuscle to issue a statement regarding the matter. She explained that she felt like this was a bit wrong, trying to stir beef and get attention using this negative video of a man who is not even alive anymore.

“Due to legal reasons and the current investigation surrounding my son’s death I am limited as to what I can comment on at this time,” Piana’s mom Christine said. “However, this latest video uploaded on my son’s personal Utube channel was the last straw for my family. I am speaking out for my family, Rich, his legacy, and for his beloved fans.

First and foremost my family and I do not have any part in 5% Nutrition and since Rich’s passing, we do not support nor condone the company nor their practices in controlling 5% Nutrition and my son’s personal Utube channel

5% Nutrition was created by Rich and in our eyes it was his dream which should have been laid to rest with him. My family and I have been trying to overcome the grief of losing Rich. No mercy as 5% Nutrition has continued to milk my son’s name, and image for monetary gain. Splicing old videos to create new ones for more Utube money. Trying to replace Rich with various athletes which never worked.

It was appauling watching this latest video. The comments below the video indicate Rich’s fans do not appreciate this content either Fans are not fooled by the uncaring and dispicable greed.

Worse yet this video does Rich such injustice by the very company he created. Sickening.

In closing, I would like to thank Rich’s fans for standing up to the greed.

Rich’s fans meant the world to him. We Thank You for your love and loyalty. Last but not least we thank Dave Palumbo for his support and giving us a platform.”

This is obviously a sensitive subject for the fans and family of Rich Piana. In the above video, Dave makes a really solid point, in that Rich was never the type to shy away from speaking his mind, so if he wanted this video put out he would have done so. It is pretty blatantly an attempt to use his name to get attention for the video.