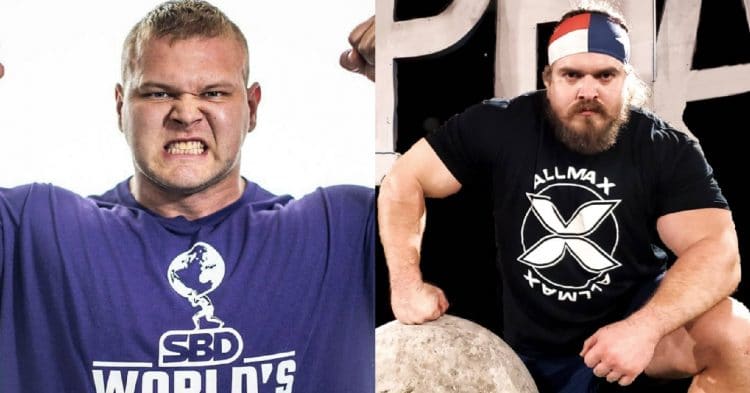 If you thought that this year’s World’s Strongest Man contest was easier than in years past, you were sorely mistaken. Both Gabriel Peña and Ervin Toots have been forced out in the middle of the contest, due to health concerns suffered during the event.

2020 has been a rocky year for strongman, and the WSM was no exception to this rule. The contest got off to a rough start when the first day of events was delayed due to a hurricane in Bradenton, Florida, where the contest was set to take place. Therefore they were left with no choice but to move the contest indoors for the rest of the week, an experience new to most of the athletes.

However this would not be the end of the troubles experienced. Not one, but two athletes have been forced to withdraw from the contest within the two days it has been happening. Ervin Toots was competing in Qualifier Group Four, and had some decent success in day one of the competition. That being said, before the last event of the day, a quad injury of some sort stopped him from being able to compete. Ervin took to Instagram to express his disappointment in this result, promising to come back stronger next year.

Went in WSM strong with few issues but during squat lift i put everybit of weight on one leg and it couldnt take it. Very mad, disappointed and sorry to all the supporters.

I get my quad fixed soon and 2021 goals are @europestrongest man and @theworldsstrongestman podium.

It was a good year and i am ready to start my 3rd year in strongman sport strong!”

Toots was not the only one to suffer from the brutality of the World’s Strongest Man. Mexico’s Gabriel Peña was off to a good start in Day One, even coming in second at the deadlift event. Unfortunately during day two, when he was rushed to the hospital with heart concerns during the Monster Truck Loading Medley. He posted to his own Instagram detailing the series of events that led to his hospitalization, explaining that his heart went into Atrial Fibrillation, but that he should be okay with some rest.

Obviously this is terrible news for both Gabriel Peña and Ervin Toots. It is a shame that they were forced out of the contest, but here’s to hoping both men have a speedy recovery.