Due To Incoming Storms, The Day One Events Of The 2020 World's Strongest Man Have Been Delayed For The Day 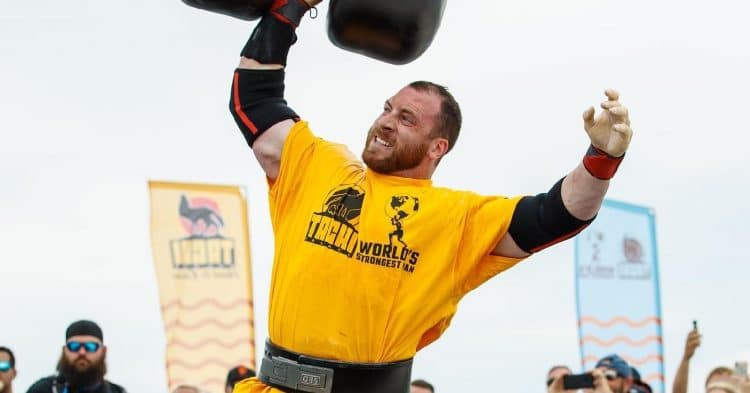 Strongman fans around the world were excited for the kickoff of the 2020 World’s Strongest Man. Unfortunately it seems the start of the contest has been delayed due to poor weather conditions.

This year’s WSM has been one built on overcoming circumstances, and showing perseverance. There had been virtually no strongman competitions this year because of the global pandemic, so the athletes were chomping at the bit to get back to work. Even with a ton of fan favorites not competing this year, there was a ton of hype for the competition, and for those who will be competing.

Update: Day One Results and Recap of 2020 World’s Strongest Man

Unfortunately once the athletes arrived in Bradenton, Florida for the 2020 World’s Strongest Man, it quickly became clear that there may be other issues interfering with the contest. Some serious storms that seemed to be heading in were putting things in jeopardy, even leading to some changes in the list of events for the competition. These concerns proved legitimate Wednesday, as it was revealed through a statement provided to FitnessVolt, that the weather has caused a delay in the start of the competition, and it will not take place today.

“Due to inclement weather conditions, the World’s Strongest Man competition will not take place today. We are continuing to closely monitor the weather and are working with the Holmes Beach Police Department and local authorities to prepare for various scenarios as the situation continues to develop.”

This is obviously a massive disappointment for the athletes and everyone who has been working hard for the event. It is unclear at this time what the plans are moving forward, or if there will still be a Facebook Live show today. However, Fitness Volt will continue to provide updates on the situation, as things continue to develop. Hopefully, the weather will clear and there will be no further delays, but for now, we know that there will not be any strongman action happening in Florida today.

During the Facebook Live stream, an update was provided on the events of the 2020 WSM. Here it was revealed that the qualifiers will be shifted one day. Initially Friday was planned as a rest day for the athletes, but this will no longer be the case. In addition to that, it was announced that there would be no changes to the events for the contest.

Read also: Jerry Pritchett Feels ‘The Most Ready I’ve Been’ For The 2020 World’s Strongest Man (Exclusive)