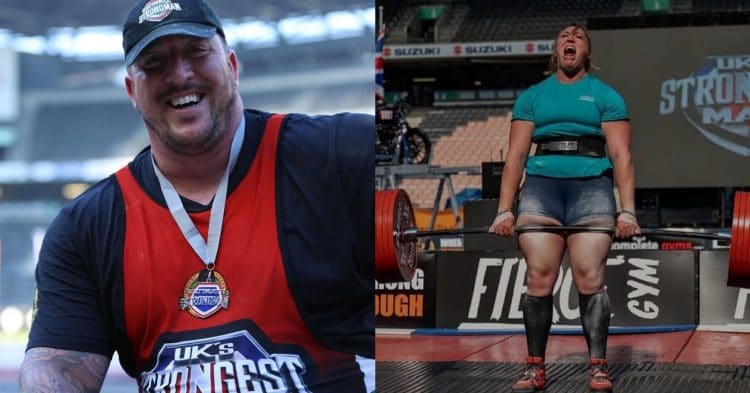 The 2021 UK’s Strongest Man went down from May 29th-31st. By the time the contest concluded, we walked away with Gavin Bilton defending his title, and Lucy Underdown capturing a deadlift world record.

Ultimate Strongman’s UK’s Strongest Man event is one of many strongman events to take place in the United Kingdom. Last year’s version of the contest saw Bilton reign victorious from a list of 8 athletes, before he went on to compete in the World’s Strongest Man.

So heading into this year’s version of the contest, Gavin had a chip on his shoulder and a title to defend. So alongside several other athletes, he competed in five events over the three day span, to determine the strongest man in the UK.

These were the five events from the 2021 UK’s Strongest Man finals:

According to reports, Gavin Bilton was able to come out victorious at the UK’s Strongest Man, winning the show for a second year in a row. He did so by winning just a single event, the Brick Lift, as well as scoring in fifth place or better at the remaining four events.

Below is the final results of the 2021 Ultimate Strongman UK’s Strongest Man contest:

Seeing Gavin Bilton win the UK’s Strongest Man for a second time was  impressive, but this was far from the only incredible thing that fans witnessed over the weekend. They also got to see Lucy Underdown score a new world record, during a special appearance in the middle of the contest.

As the strongwoman explained in a post to her Instagram, she was able to deadlift 300kg to land the new world record. This makes her the first strongwoman athlete to pull that weight, making it all the more impressive.

Today has been insane…
So much to process.
My mind is blown 🤯

Without a doubt, congratulations are in order for both Gavin Bilton and Lucy Underdown for their impressive showings at the 2021 Ultimate Strongman UK’s Strongest Man.