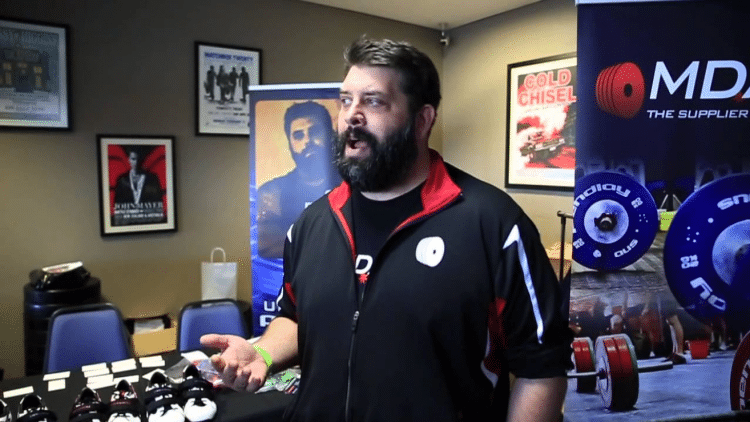 Legendary weightlifting coach Glenn Pendlay lost his battle to cancer, and passed away on September 5th, 2019. He was just 48 years old at the time of his tragic passing.

Glenn Pendlay lost his life in the early morning of Thursday. He passed away as a result of an ongoing battle with Stage 4 Metastatic Cancer. The news of this illness was made public last month. However, that does not take away from the heartbreaking nature of this news.

Pendlay was a USA Weightlifting Level 5 coach, the highest honor one can receive in the position. He spent a lot of time teaching and growing athletes throughout the years. Moreover, his impact managed to earn a variation of a barbell row named after him. Subsequently, this loss has resulted in a multitude of grieving people within the weightlifting community.

Strength Coach Tom Sroka offered condolences on his Instagram, for his friend.

“Just got word of Coach Glenn Pendlay passing away early this morning. He lost his fight with cancer but left behind him a legacy not to be forgotten.

Multiple times he was asked if he won the lottery what would he do, and his answer was always the same: Create a training center for American lifters so they can earn a stipend. train full time, and bring home some medals. Well Coach you were able to do just that.

No one has seen anything like what you created at MDUSA since the days of Bob Hoffman and York Barbell and a lot of lifters have you to thank for bringing the weightlifting to the forefront of the strength world.

Personally, I’ll never be able to repay you for taking a chance on me and bringing me into this sport all these years ago.

I still am mad at you for ripping up check after check. in my face when I tried to pay you rent for living with you.

You literally gave the shirt off your back for anyone who needed it and always put the sport of weightlifting first. This one is going to sting for a while.

Thank you Glenn for all you did for me and countless others throughout the years, now you can finally Rest In Peace Coach…”

The CEO of USA Weightlifting, Phil Andrews added this message to Sroka’s, remembering this fallen pillar of weightlifting.

“Rather than his headlining achievements of Team MDUSA and Cal Strength, Glenn might be best remembered for his willingness to share knowledge and how the sport.”

Glenn Pendlay has been the coach of many different Olympic Weightlifters for the United States. He was a legend in the community, and he will certainly be missed. FitnessVolt offers its sincerest condolences to his friends and family.