Crazy Brawl Breaks Out At A UK Gym In Essex 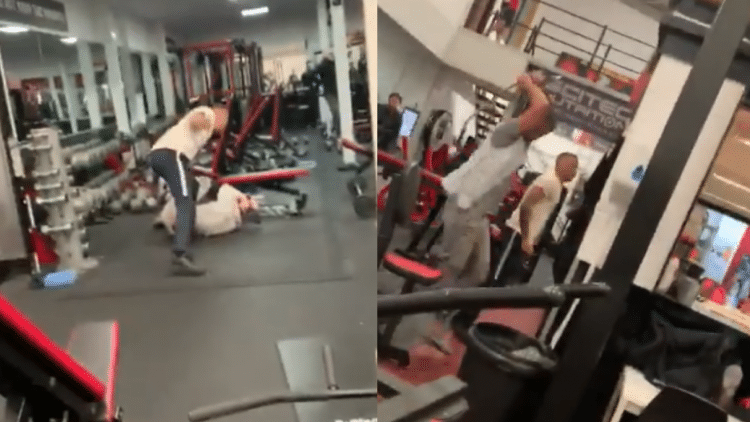 An insane brawl broke out in a gym in the United Kingdom. It has resulted in multiple injuries, and an ambulance being called to the location.

Thursday was a crazy day for the Ab Salute Gym in Essex, UK. All seemed normal at the start of the day, as gym-goers worked on various exercise equipment. However, that would all change as things went from 0-100, and a wild brawl broke out.

First reported by The Sun, some sort of altercation arose, involving members of the gym. Subsequently, a crazy brawl broke out, which included several guests. Moreover, things got even crazier, as people began using gym equipment to attack others. As a result, a 17-year-old boy suffered bruising and cuts. Additionally, a 27-year-old man suffered a cut above his eye.

Video footage of the incident was recorded and uploaded to Twitter. In the two clips, you can see the chaos that ensued in the gym, during the brawl. One clip shows one man hitting another with a lateral bar. Furthermore, a second video shows the moment a man was lying on the ground, getting kicked and hit with a bar.

Following the incident, a spokesperson from the Ab Salute Gym gave a statement, regarding the brawl.

“This was an isolated incident which has never happened in any of our five establishments in the ten years we have been open.

We do not condone violence in any of our gyms and take this very seriously.

The police are aware and appropriate action is being taken. The individuals concerned have been banned from our gym for life.

We do our very best to safeguard all members of the public and our staff across all gyms.

We are deeply sorry to anyone who witnessed this incident or has been affected by it.”

This is not the first time a fight has broken out at a gym. However, details about this crazy gym brawl are still developing. Police are encouraging anybody with footage or information to come forward.