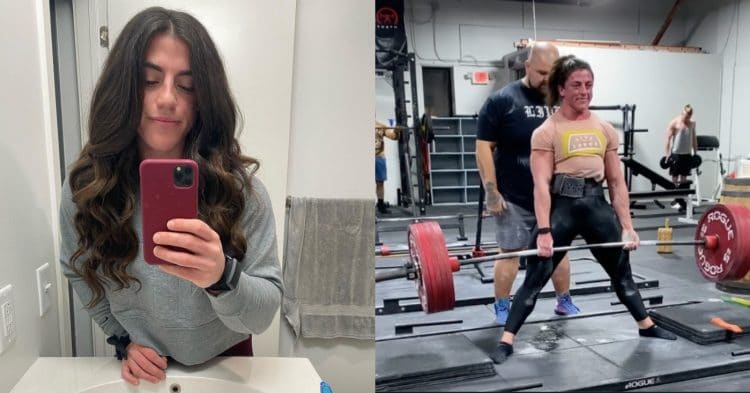 When it comes down to it, powerlifter Hunter Henderson is not the most experienced, but she has made the most out of her time in the sport so far. This was seen again recently, when she hit a massive deadlift in training.

At just 25 years old, the future seems bright for Henderson. In fact, we have not seen a lot of her so far, in a competitive setting, but every time that she shows up to the platform, she walks away with a win.

Competing in the 75kg weight class, Hunter has put in some unbelievable performances over the last several months. This has aligned the focus of powerlifting fans on this young upstart with a ton of potential.

Most recently, we got to see Hunter Henderson back in the gym, hitting a massive deadlift. Lucky for us, she let her fans see the solid training session by uploading some footage to her Instagram.

In the video, you can see the young powerlifter hit a few strong deadlifts off of blocks. However the one that has gotten the most attention, was the strong 600lb pull off of high blocks, which was her top single.

“What makes this first video great isn’t the weight on the bar but the people you see surround me after. These people are my family. I am great because of the people I have surrounded myself with. I hope each one of you knows how greatly I appreciate your love and support!

I came in today with a number in mind and we absolutely crushed it.

The excitement and emotions are evident on her face, as Henderson is clearly happy with her performance here. She addresses that in the post too, explaining that she was just happy to have these people who are important to her, there for that moment.

This was just a culmination of the hard work that she has been doing in the gym. She has put a ton of focus into her deadlift recently, trying to put things together and improve on this area of her game.

Not only that, but Henderson does not let her job working at the hospital stop her from having good days at the gym. Here she is a few days earlier, pulling some serious weight after only getting 3.5 hours of sleep while being on call the night before.

It is hard to tell exactly where Hunter Henderson will be going from here. However if there is one thing that we can count on, it is the fact that she will be making a big impact wherever she ends up.

Brooke Ence Transformation – Before and After CrossFit

The 12 Best Back Extension Alternatives