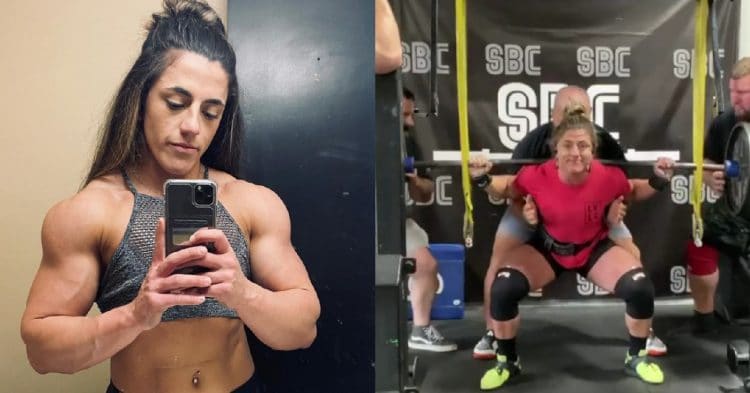 At 25 years old, Hunter Henderson is proving herself to be an incredible force to be reckoned with. This was seen again recently, after an intense squat session saw her moving around some hefty weight.

Competing in the 75kg weight class, Henderson has been taking the powerlifting world by storm over the last couple of years. She does not have the most amount of contest experience so far, but she has looked impressive at every showing. Not only that, but her training has been on a whole other level recently, as she is working on improving her overall skillset, which has led to some jaw dropping moments in the gym.

It would seem that Hunter Henderson was back at it again over the weekend. A recent post to her Instagram shows the young, talented lifted doing some pretty intense squat training. This session saw her not only go three reps on 505lb, which is impressive in its own right, but she also hit a single of 545lb, making it seem like a breeze.

As she explains in the post, this was the first time Henderson used a straight bar in a while. Usually when she is training squats, she uses a Duffalo Bar or Chambered Bar, which makes things a little easier on the neck and shoulders. This has not stopped her from still having big squats, as she showed a few days earlier, taking 540lb for a ride. She put this at an RPE of 8.5-9, but you would never guess with how smoothly the weight comes up.

We are still nowhere near the peak of Hunter Henderson and her capabilities on the platform. However she continues to show the types of growth and improvement that you hope to see from an athlete her age. The next time she competes, she is sure to be unstoppable.