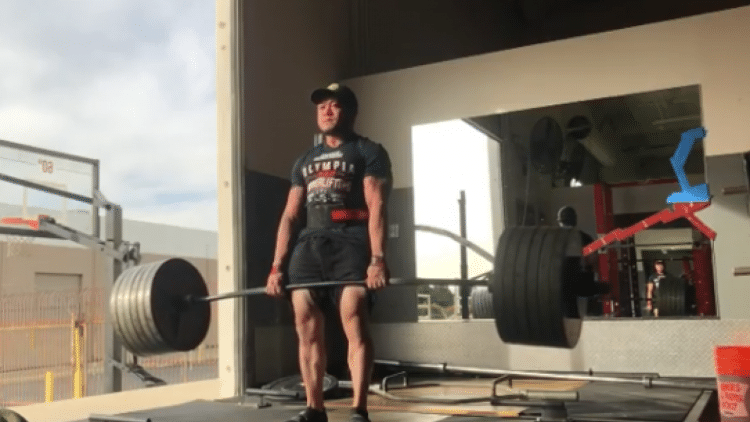 Jesse Lanuevo is known for his incredible ability to deadlift. However, he pushed those limits further with some incredible work in the gym.

Lanuevo is one of the most promising powerlifters competing in the 132lb weight class. He has taken part in multiple contests since his start around five years ago. Moreover, since then he has impressed greatly, even earning an IPL world record for his deadlift.

Subsequently, it is no doubt that Lanuevo is super powerful when it comes to his deadlifts. However, in case you forgot, he decided to remind you with an Instagram post. In the video, he hits an unbelievable 605lb deadlift, for a single rep. Although what makes this truly massive, is the fact that he currently weighs around 145lb. In other words, he was able to lift more than four times his body weight!

Check out the video of his mind blowing lift:

This is certainly an impressive showing from Lanuevo. Additionally, as he explains in the post, he also followed this up with another solid workout. Unfortunately there was no video of this, but from what he said in the post, it was a pretty decent routine.

Every time we see Jesse Lanuevo, he manages to captivate onlookers. In September, he completed a lift similar to this, hitting 600 pounds. He did so, competing in deadlift only, at the Olympia Pro Powerlifting Meet, in the 132lb weight class. This is a feat that is rare for athletes of his size, so to see him continue doing so is impressive.

Moreover, Lanuevo is only a short distance from breaking one of two records, in the division. The record for heaviest deadlift in deadlift-only competition, is less than 30 more pounds, sitting at 630.5lb. On the other hand, for general competition, he is much closer, as the record is only 606.2lb.

What do you think of this recent deadlift from Jesse Lanuevo?