Jimmy Paquet will be replaced by Gerhard Van Staden. 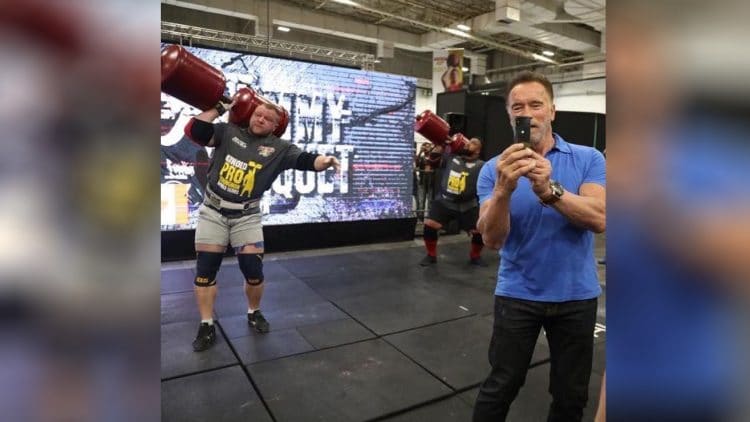 The young 24-year-old Canadian Strongman competitor Jimmy Paquet had to face an unfortunate part of reality, tearing his hamstring which will cause him to miss this year’s World’s Strongest Man competition.

He tore his left hamstring while attempting a 380kg deadlift for reps and we can only imagine how heartbreaking this injury is for Paquet. The timing was completely not in his favor and now Gerhard Van Staden (5-time WSM competitor and 2011 South Africa’s Strongest Man winner) will take his place in Bradenton, Florida.

Paquet won’t see his second WSM appearance in a row, unfortunately, but we wish him a speedy recovery so that he can start training hard again and hopefully he’s 100% by next year.

Pulled big PR of 420kg in training. 2 weeks later during deadlift training left hamstring pulled when I went for 380kg for reps. Very disappointed. I had also pressed 194kg on log in training, I was in best shape ever.

Andre Ferguson Take Down Dude At His Gym After An Altercation