The WWE superstar is not backing off of the training one bit! 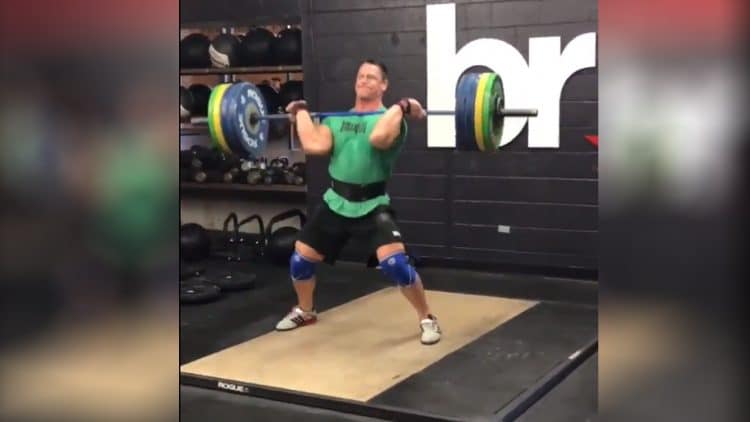 We all remember when a young and freakishly strong John Cena with a body to match, entered the WWE and quickly rose to superstar status. His incredible skills on the mic and ability to entertain a crowd of thousands made him possibly the greatest talent in wrestling but his strength was something that puzzled a lot of people…

Now, John Cena is known for his signature FU move where he lifts 400+ pound men over his head and flips them over on the wrestling canvas.

And it takes more strength than you’d imagine to actually do this but he was able to because he’s a true genetic freak of nature. And at age 41, Cena still has to train very heavy to even compete with the young guns of the WWE.

So, he posted a few Twitter videos of him training and he’s super impressive as usual…

Check out his easy 500-pound x 3 clean-grip deadlifts below:

John Cena is a real inspiration to millions of people around the world and his “never give up” attitude is why he’s the best in the business.