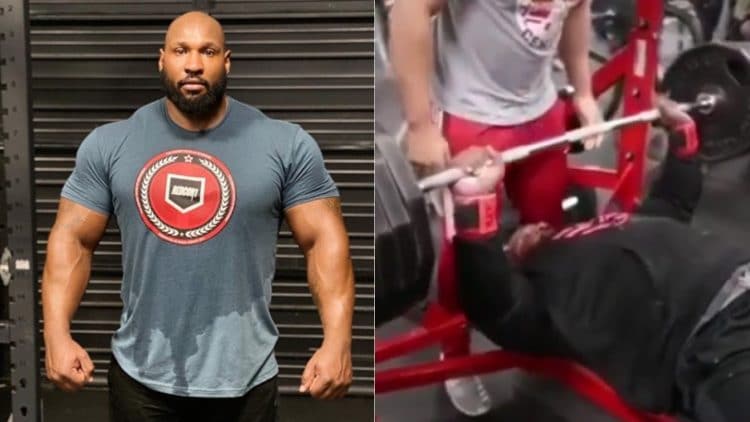 Johnnie Harris made a big statement when he made his professional powerlifting debut earlier this year. He decided to capitalize on that with another big showing at the gym.

Harris took the powerlifting world by storm when he took to the Maryland State Championship in November. Although this was his first meet as a pro powerlifter, he wanted to make an impression. This was without a doubt what he did, when he absolutely crushed the International Powerlifting League raw bench press world record. Weighing in at 275lb, he managed to bench a whopping 655lb.

However, Johnnie Harris was not done there, and he made that very clear. He was seen in a video recently posted to Instagram, hitting the gym for another hefty bench press session. This time, he has gotten a little heavier, weighing 290lb. However, this added weight seems to all muscle, as he has managed to bench press a mind-blowing 680lb!

To hit a paused 680lb raw bench press is really impressive, no matter who you are. However, considering the fact that Johnnie Harris weighs less than 300lb, it makes the lift all the more unbelievable. Moreover, with him being so green as a pro competitor, it paints a bright picture of what the future could look like for this promising competitor.

As for what is next for Harris, he is setting his sights on hitting a 700lb bench press. With lifts like this, it seems that he is well on his way to that goal. On top of that, he seems to be interested in a larger task of setting a new all-time bench press record. The current record, set by Julius Maddox, is 744.1lb, so he still has a lot of work to do. Nevertheless, he seems primed to make that happen.

What did you think of this massive bench press from Johnnie Harris?