Katherine Nye Gets Spot On Forbes 30 Under 30 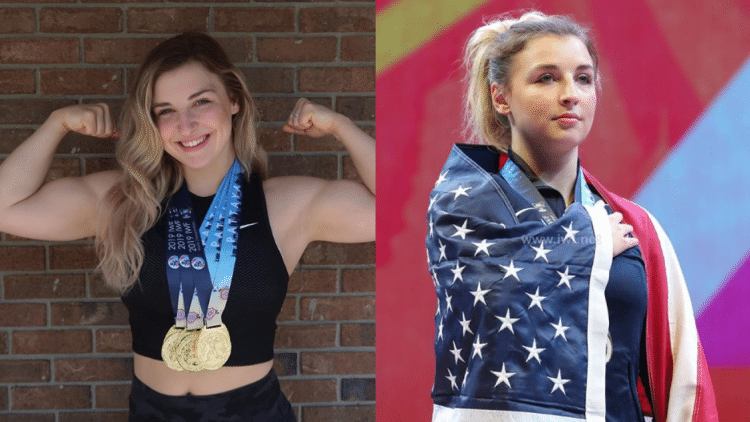 Katherine Nye has had quite the year in 2019. Now she gets to cap it off with a massive honor, by being put on the Forbes 30 Under 30 list.

It would appear that these great performances have earned Nye an appreciation even outside the weightlifting world. This became most evident recently, as she landed a spot on the Forbes 30 Under 30 list. This is a highly coveted list for people to get on and she has managed to do just that.

Nye is on the list of 30 influential people such as NBA player Klay Thompson, and NFL player Patrick Mahomes. This is a big honor that demonstrates how big of an impact she is making. In fact, she is is tied with two others as the youngest to make this list.

All while being only 20.

This is quite an accomplishment from Katherine Nye. Her goal is to make it to the Olympics to represent the United States on the biggest stage. At her age, and with her level of development and skill, it is not hard to see a world where this happens. Moreover, it seems likely that she will do very well in the Olympics, as she has done everywhere else to date.

Katherine Nye is one of the most promising weightlifters the United States has seen. Having made it on the Forbes 30 Under 30 list further displays the potential of this young athlete. It will be exciting to see how she grows and develops from here, and if she does make it to the 2020 Olympics.