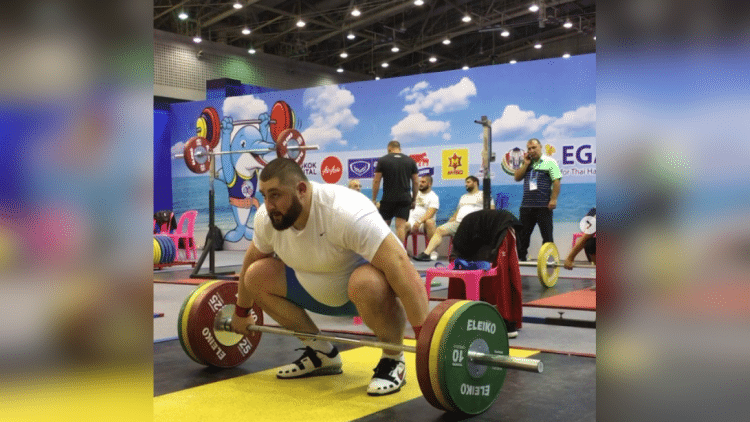 Lasha Talakhadze is looking to prepare for the IWF World Weightlifting Championships. Warming up for this, he is looking unbelievable.

Talakhadze is one of the world’s best super heavyweight weightlifters in the world. He is getting prepared to compete in the IWF World Weightlifting Championships, in order to prove that fact to everyone. Ahead of this massive competition, he is looking impressive during his warm up.

Talakhadze is getting set to take the stage at this world championships. He is aware how important this competition is, as it is one of the biggest weightlifting events of the year. Therefore, he is looking to ensure that he is fully prepared to perform at his best.

In a video uploaded to Instagram, Lasha Talakhadze is shown doing some warmups. In order to do so, he decided to hit a 286.5lb/130kg no contact muscle snatch. Not only did he do that, but he did so for a triple. Moreover, he made it look incredibly easy, despite the amount of weight, and less than ideal mechanics.

Watch the incredible snatch below:

“Watching @talaxadzelasha lift in person is mind-blowing. As impressive as this looks on camera I can tell you it is even more staggering in real life. Lasha came in for a ‘light’ training session which included a 130kg no contact muscle snatch triple, some speed squats at 285kg, and some pulls at 230kg.
Lasha Talakhadze IS the strongest person in the world.”

According to the post, this was not his only act in this “light workout.” Apparently, Talakhadze also followed this up with 285kg speed squats. Additionally, he did some 230kg pulls, to top it all off. This really does not seem to be very light, but to each their own.

Lasha Talakhadze is prepared to take the stage at the IWF World Weightlifting Championships. The event takes place from September 18th, until the 25th. Check back to FitnessVolt for all the updates on the competition.