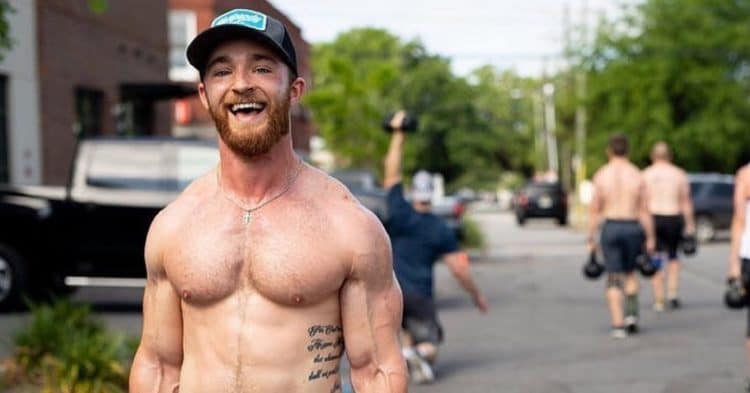 The “Murph” Hero WOD is an annual CrossFit tradition. However one athlete, Lee Davis, took things to a whole other level, when he set an unofficial world record for this particular workout.

Every year Memorial Day, CrossFit engages in the “Murph” Workout Of The Day. This became a tradition after Navy Lieutenant Michael Murphy, a noted CrossFit athlete, died while serving his country. From that point forward, it became an annual reminder of this fallen soldier, as well as all the veterans who have paid the ultimate sacrifice in honor of their nation.

This workout became central to the reopening of Rhapsody CrossFit in Charleston, South Carolina. This affiliate held a celebration for the facility to be back open, where several members took part in this WOD. Some of these members even wanted to attempt to do the “Murph” for 24 hours straight.

One of these athletes was Lee Davis, who was there to support fallen veterans. However, as local news reports, he had another goal in mind, as well. He wanted to break the record for the most circuits of the “Murph” WOD done in a 24 hour period.

This is what the Murph Hero WOD consists of:

(While wearing a 20lb vest)

With that in mind, Lee Davis set out on his journey through these rounds. Begining at 6pm on Sunday, May 24th, he started running through reps of the Murph to set a record. He managed to do exactly what he set out to do, by completing a mind blowing 16 reps of the workout, setting the unofficial record.

What did you think of Lee Davis securing this unofficial world record?