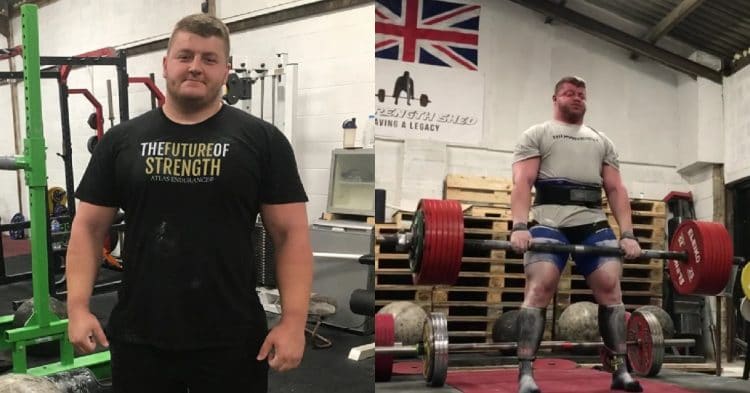 Just a couple of weeks after one gigantic deadlift set, Luke Richardson is back at it. This time, however, he is taking things to a whole new level.

Richardson likes to dabble in various types of strength sports. Although he has been known to test the waters as a strongman, his primary love tends to lie in powerlifting. This the sport which has seen him find success in the European circuits, as well as winning the IPF Canadian World Classic.

Although his strengths are fairly well rounded, Richardson is perhaps best known for his ability to crush massive deadlift sets. This skill was put on full display recently, with an Instagram post showing an insane 400kg triple, using an axel bar. It was a clinical lift, but one that pushed him nearly to the breaking point.

Check out the impressive set:

There are a ton of things that are utterly unbelievable about this lift. On the one hand, doing a triple like this on an axel bar, which makes the grip harder, is not an easy feat. However when you add that to the fact that not even two weeks before this Richardson was doing the same thing, but with just 380kg, and you realize just how much improvement he has been doing. Take a look at the 380kg lift, and you can easily notice how much he has grown already.

Luke Richardson has been making it clear that he is chasing after the goal of a 500kg deadlift. With improvements like the ones we have been seeing, that seems like a surefire mountain to climb. If he can continue to add weight at the rate that he is, it would not be surprising to see him be able to hit that by the time summer gets here. That would hopefully be just in time for the competition schedule to really start picking back up.